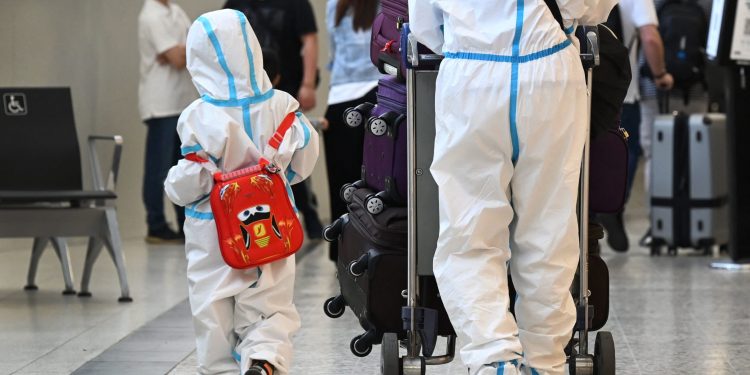 January 20: Joe Biden brings the U.S. back into the Paris Climate Agreement.

Changing of the guard

March 23: The ship Ever Given gets stuck in the Suez Canal for six days.

April 7: Commission President Ursula von der Leyen is relegated to a sofa in a meeting with Turkish President Recep Tayyip Erdoğan in Ankara.

May 23: Belarus forces a Ryanair plane carrying journalist Roman Protasevich to land in Minsk, where the activist is arrested.

The UK hosts the G7 summit in Cornwall.

Tokyo finally gets to host the 2020 Olympic Games.

The Taliban make rapid gains in Afghanistan after the U.S. withdrawal, resulting in Western nations scrambling to evacuate embassy staff and civilians.

German elections are held on September 26, with Olaf Scholz’s SPD winning 25.7 percent of the vote.

Poland beefs up security on its border with Belarus after hundreds of migrants head toward the border.

The Omicron coronavirus variant sweeps across the world and results in further restrictions. Below, people sunbathe in Lima, Peru.

To harness the North Sea winds, we must understand its complicated seabed geology