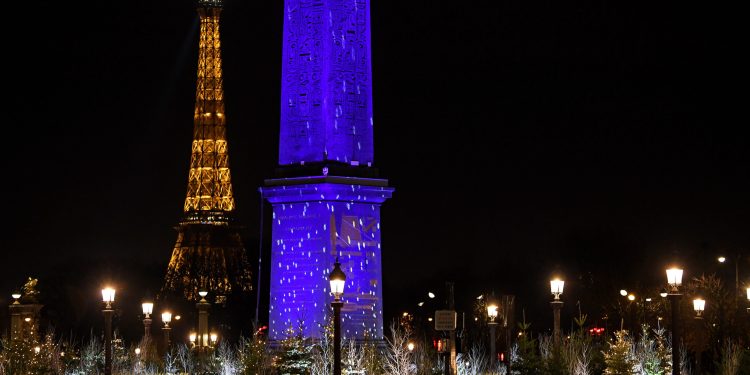 How do you spoil French Christmas? With Australian wine? British food? Or maybe just a good, old-fashioned argument.

Any holiday that involves a family reunion brings its share of disagreements and squabbles over politics. But shouting at each other about the news is such a French tradition that a famous 1898 caricature of a family brawl can be found in most school history books.

Here are the four topics almost guaranteed to have French people shouting at each other over their turkey this Christmas (and if you want to make it five, just mention the upcoming presidential election).

The debate: Foie gras is a staple of the French holiday season, but an increasingly controversial one, with some towns and cities banning the delicacy, made from not-so-delicately force-fed duck liver. Most prominently, the city of Lyon banned foie gras from its own events, a decision so contentious that Green Mayor Grégory Doucet had to defend it in an article he wrote for the Journal du Dimanche. “It’s not a boycott, nor a ban,” he argued, seeking to reassure liver lovers in what has been described as the world capital of gastronomy.

Green mayors in Strasbourg and Grenoble have taken similar stances, offending producers while pleasing animal-welfare NGOs like PETA, which sent Doucet a box of plant-based faux gras (see what they did there?).

Green presidential hopeful Yannick Jadot tried to avoid offense by saying he likes “artisanal foie gras” as opposed to “industrial force-feeding.” Conservative candidate Valérie Pécresse also waded into the dispute, saying: “Animal welfare is an issue on which I am personally involved … but at some point, France is France and foie gras is France.”

Regardless, foie gras is still a festive favorite. According to a recent poll from CSA (commissioned by the foie gras producers’ association), 75 percent of the French population intends to eat it during the holidays. But according to a 2017 YouGov poll on behalf of the animal-welfare NGO L214, 58 percent of the French are in favor of a ban on force-feeding. Which all makes for a guilt-ridden Christmas.

If you want to spice up the argument: You can mention that the U.K. has been trying to ban imports of foie gras for months, and is already asking chefs to replace it with faux gras.

If you want to cool things down: Keep it basic with a chicken liver pâté.

The debate: All hell broke loose in French political discourse when people found out in November that the gender-neutral pronoun iel had been added to the online version of the Petit Robert, one of the leading dictionaries for la langue de Molière.

French doesn’t have neutral pronouns and uses masculine pronouns to refer, for example, to a group made up of men and women. Iel is a pretty recent creation and comes from contracting il and elle. It’s an alternative to masculine pronouns and can refer to people who identify as non-binary. But it’s hardly used outside feminist and LGBTQ+ communities — the Petit Robert acknowledges it’s a “rare” word — partly because a third, neutral grammatical gender causes headaches when applied to a language as heavily gendered as French.

The Petit Robert’s move prompted MP François Jolivet, backed up by Education Minister (and anti-woke crusader) Jean-Michel Blanquer, to write a letter to the Académie Française, the body of sword-wielding, Francophone intellectuals in charge of regulating the language. The addition is “an ideological intrusion,” Jolivet wrote, “probably announcing the advent of the ‘woke ideology’ that is destroying our very own values.” First Lady Brigitte Macron also weighed in, saying: “The French language is so beautiful. And two pronouns are good.”

If you want to spice up the argument: Bring up other “gender-inclusive writing” initiatives, such as the middle dot (·) to challenge the use of masculine grammatical gender in collective nouns.

If you want to cool things down: Bring both a Petit Robert and a Larousse to the Scrabble game.

The debate: Millions of French people have been getting swabs stuck up their noses ahead of the holidays, with pharmacies across the country selling six times as many self-testing kits as they were a month ago, the Journal du Dimanche reported. But as the Omicron variant injects a dose of uncertainty into festivities across the Continent, the looming threat of postprandial sanitary restrictions will certainly heat up.

In some cases, it won’t be pretty. According to an Ipsos poll, 41 percent of French people said talking with their relatives about vaccination or the sanitary pass created “tension or serious conflict.” This won’t be helped by Prime Minister Jean Castex, who announced last week that unvaccinated people will soon not be able to use the sanitary pass, even if they can show a recent negative COVID test. The French government is also looking into making the vaccine passport mandatory in the workplace, but is stopping short of making jabs compulsory.

Likely touchy questions at the dinner table include: “Am I going to have to home-school my progeny for another week?” … “Is my anti-vaxxer cousin using one of the 110,000 fake passes detected in France?” … “How do we stop the drunk uncle double dipping and guzzling straight from the punch bowl?” Merry Christmas!

If you want to spice up the argument: Mention the Dutch lockdown.

If you want to cool things down: Bring both a positive and a negative COVID test to dinner. Wait, no, definitely don’t do that.

The debate: Wind turbines might be a bit more niche, but depending on how close your dinner is to a wind farm, it can get ugly fast. According to national federation Vent de Colère, hundreds of local groups across the country are Don Quixote-ing against gigantic white windmills. A particularly fun trope of this genre: The furious windmill selfie. The main gripe is over aesthetics, but also about the impact on local wildlife.

The French public is evenly split, according to an IFOP poll. Some 54 percent of French people are in favor of new wind turbines and 46 percent are against them. What’s interesting — and will make for some spicy dinner conversation — is the generational divide: 81 percent of those aged 18 to 24 are pro, versus only 44 percent of people aged over 65. So a classic Gen Z vs. Baby Boomer battle.

Far-right presidential candidates have been seizing upon the issue: National Rally leader Marine Le Pen called in October for a “dismantling” of France’s 8,000 turbines, while right-wing former pundit Eric Zemmour said they were a “catastrophe.”

If you want to spice up the argument: Tell your dad that you read in a newsletter called Brussels Playbook that the EU wants to fast-track permits for green energy projects, to prevent opponents from stopping them. Throw in an “OK, boomer,” and you’ve got yourself a five-alarm fire.

If you want to cool things down: Change the topic to Eric Zemmour — that’ll get windmills out of the way.

Minimum wages in CEE are increasing faster than elsewhere in EU

Too early to treat coronavirus as endemic, WHO warns