AFC Wimbledon issue strong statement over COVID-19 protocols in EFL as number of post-Christmas midweek games called off reaches 12 across Championship, League One and League Two 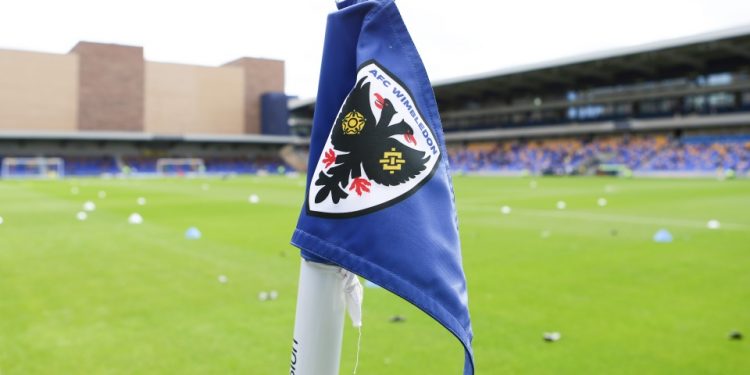 AFC Wimbledon have issued a strong statement in response to the latest match postponements across the English Football League, calling for clubs to be ‘held to account’ over COVID-19 protocols.

The Dons have spoken out after the number of games postponed across the EFL’s post-Christmas midweek programme reached 12 on Monday.

Wimbledon, like many clubs, have been affected by the recent surge of coronavirus cases in the English game, although through no fault of their own as games against Charlton and Portsmouth have been called off due to positive cases within their opposition’s camps.

Matches at Burton, Harrogate, Salford and Scunthorpe were also called off on Monday, with 12 fixtures now off.

There was anger on Boxing Day, as Hull’s Championship clash against Blackburn at home was called off just over TWO HOURS before kick-off, leaving home and travelling away fans unhappy.

And, in a strongly worded letter to the EFL, AFC Wimbledon chief executive Joe Palmer wrote: “We are writing to openly express our disappointment over the recent spate of matches that member clubs have been unable to fulfil.

“We also want to take this opportunity to call on the EFL to undertake its due processes and implement the strongest-possible measures to ensure that – where a club is able to fulfil a fixture – it does so.

“Further, where it is found that a club was unable to fulfil a fixture, they must be held to account for all decisions which led to that position.”

At the time of writing, a total of 15 Premier League games have been called off due to the recent rise of COVID-19 cases, but the situation has been much more severe across the EFLgetty

Palmer urged the EFL to reintroduce the rule allowing clubs to make substitutions per match during a;”congested fixture calendar’.

He then appeared to take aim at rival clubs by adding AFC Wimbledon, with ‘one of the smallest playing budgets and smallest first-team playing squads in the league’, had suffered ‘only’ 11 cases of COVID-19 since the Omicron variant had become the prevalent strain of the virus in London.

“This is not by luck,” the statement added. “This is down to hard work and spending resources our club ultimately does not have at its disposal. This is the players sacrificing their ability to spend time with their loved ones.

“Christmas gatherings have been cancelled and everyone at the club has played their part; the players have to be truly commended for their commitment.

“At significant cost, we have tested players twice weekly since the beginning of the season. In the weeks before the Red Zone protocols were brought into effect, we upped this to three tests per week.

“We then moved to Red Zone protocols with daily testing in the week before the EFL’s announcement of such measures.

“The club has isolated individuals and chosen not to select players for match-day squads. We have taken some very difficult decisions to manage our squad, which most likely led to a loss of on-field competitiveness.

“Training has been impacted by the immediate removal or our under-23 and loan players from our training group (due to the likelihood of exposure to Covid-19 at their non-league loan clubs). If we can make all this work – on such limited resources – then so should the rest.”

The Dons accept they are not the only club undertaking these measures, even acknowledging others may have gone further.

But the club added: “It just doesn’t sit right that, having gone above and beyond our means to ensure matches can be fulfilled, we will now be at a disadvantage – trying to navigate a very congested second half of the season with a small squad.

“Meanwhile, clubs with larger squads will have the upper hand, having been provided the opportunity to take a more relaxed approach knowing there will be no penalties for conduct that sits outside of the protocols.”

Wednesday’s League One fixture between Burton and Bolton, as well as Harrogate v Mansfield, Salford v Carlisle and Scunthorpe v Northampton in League Two, have joined a raft of EFL postponements.

Carlisle and Northampton have not played since December 11 due to the number of coronavirus cases in their squads.

One year on, most voters say Brexit has gone badly