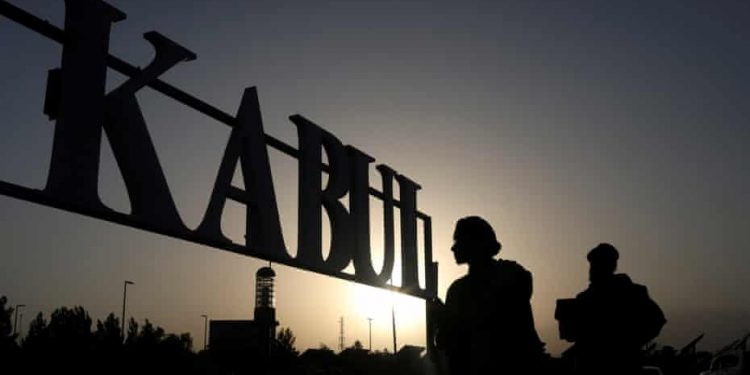 An Afghan former BBC journalist who managed to flee the Taliban has been stranded in a refugee camp for months because of delays to a resettlement scheme promised by the UK government.

Mudassar Kadir* is the only one of a group of 14 former BBC employees to have escaped Afghanistan since the Taliban took over in August. The other 13 remain in hiding in fear of their lives.

Kadir, who also spent time working for the World Bank and the former Afghan government, had hoped that he and his family could begin a new life after leaving Afghanistan.

But since escaping in early October with the help of a US charity, Kadir and his wife and two young sons have been stuck in a refugee centre on the outskirts of Dubai.

The Kadirs are grateful to the United Arab Emirates for the safe haven and are being well looked after. But they are prevented from straying any more than 100m from the building and the UAE will not accept asylum applications.

Kadir is exasperated by the UK government’s repeated refusals to his request for help. And he still lives in fear of being sent back to Afghanistan where his work for the BBC has made him a target for the Taliban.

He said: “The UK should have a duty of care to me and my family. My life is at risk because I have worked for the BBC. The UK government knows this but they have done nothing to help me.

“In the beginning we hoped that the UK would give me a visa, but now with each passing day my frustration grows.”

Campaigners say the family’s predicament highlights the plight of thousands of Afghan immigrants who are currently caught in limbo – unable to return home for fear of persecution and prevented from travelling anywhere willing to grant them refugee status.

In January the UK government has promised an Afghan citizens’ resettlement scheme (ACRS) to help up to 5,000 people a year, alongside the existing more restrictive Afghanistan relocation and assistance policy (Arap) for Afghans who worked for the UK government during the occupation.

Kadir does not qualify for Arap, which has helped fewer than 400 people so far, and he cannot apply for ACRS because it is yet to open and when it does will only accept referrals for resettlements by NGOs. Campaigners fear the UK government is deliberately delaying the implementation of the scheme in a bid to reduce numbers.

The Home Office denies this. A spokesperson said: “The ACRS is one of the most generous schemes in our country’s history and will give up to 20,000 further people at risk a new life in the UK.

“We continue to work at pace to open the scheme amid a complex and changing picture, working across government and with partners such as UNHCR to design the scheme.” It refuses to discuss individual cases.

When asked to explain the delay, the Home Office says it is working on a system of “biometric enrolment” and eligibility checks to ensure those accepted do not pose a threat to national security.

But the Joint Council for the Welfare of Immigrants, which is representing Kadir and many others in the same predicament, says time is running out.

Its interim chief executive, Minnie Rahman, said: “Three months ago, our government promised a ‘warm welcome’ to Afghan refugees but increasingly it seems that there’s precious little welcome to be found.

“Like Kadir, many Afghans appear to have been shamefully abandoned by the British government, despite clear links to the UK. The resettlement scheme is still not open, family reunion routes are still extremely limited and our government seems unable to offer many who risked their lives working with us the refuge they so urgently need.”

The National Union of Journalists has been lobbying the government to help to secure visas for all the Afghan former BBC staff, including one who survived an armed attack on a relative’s home in October.

Its general secretary, Michelle Stanistreet, said: “Whilst progress on the resettlement process happens at a snail’s pace, journalists affected are living in fear and being forced into hiding. We need urgent and robust measures put in place to secure safe passage to the UK for all those Afghans at such high risk.”

A spokesperson for the BBC said: “We have every sympathy with former staff, but we regret we are not in a position to extend our direct support to them.”

Kadir said: “My hope is that the UK government will fulfil their commitment towards me and my family. But right now it seems no one is paying attention to my case. Since arriving in the UAE two months ago there has been zero progress.”

* His name has been changed