After Liverpool’s defeat by Leicester, is the door now wide open for Manchester City to land another title? 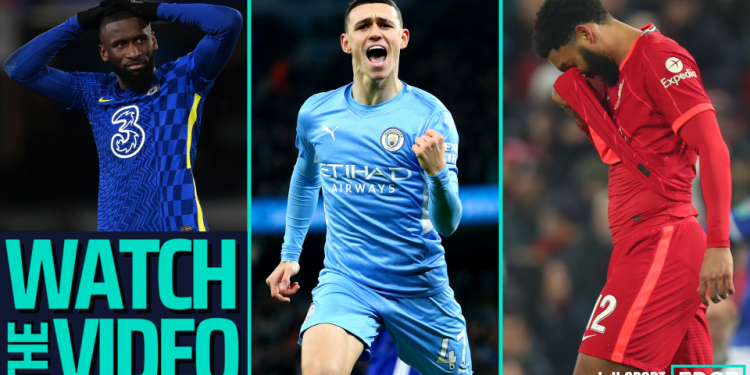 Liverpool’s final game of 2021 was definitely a fixture to forget for their fans following the 1-0 defeat by Leicester City.

Is the title wrapped up, or are there more twists and turns

This was Liverpool’s first league game without scoring in 29 outings and with champions Manchester City and Chelsea both in action this week, things could get worse as the Reds could end 2021 nine points off top and in third place!

Many are now wondering if the title race is already over as Pep Guardiola’s team look pretty unstoppable at the moment.

On one hand, their main competition, Chelsea and Liverpool have had their challenges. Chelsea are struggling with form and injured players, and, with the Africa Cup of Nations kicking off soon, Liverpool will lose Naby Keita, Sadio Mane and Mo Salah.

This means there will be a lot of pressure on the shoulders of other Reds players, especially when it comes to goals.

However, it is still very early days, and if the Premier League has taught us anything over the years, it’s to expect the unexpected with twists and turns surely still expected in the second half of this season.

Take a look at our thoughts in the video below…

Incredible transfers, sad departures… the most shocking moments of 2021

Lingard, Trippier and Alli could all be moving. But where next for Anthony Martial?

Football Manager 2022: All you need to know about new game ahead of launch The Declan Rice riddle! Why did West Ham star change boots AFTER scoring for Hammers?

Polish president promises ‘stronger alliance’ with US during Washington visit