After the Wars in Iraq, ‘Everything Living is Dying’ 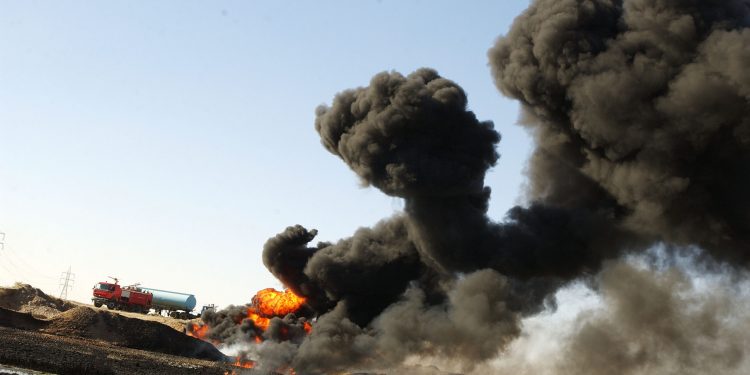 Decades of war, poverty and fossil fuel extraction have devastated the country’s environment and its people.

It’s 6 p.m. and the pink-tinged skies turn black above Agolan, a village on the outskirts of Erbil in the Kurdistan region of northern Iraq. Thick plumes of smoke have begun to billow out of dozens of flaring towers, part of an oil refinery owned by an Iraqi energy company called the KAR Group. The towers are just about 150 feet from where 60-year-old Kamila Rashid stands on the front porch of her house. She looks squarely at the oil plant, which sits on what she says used to be her family’s land.