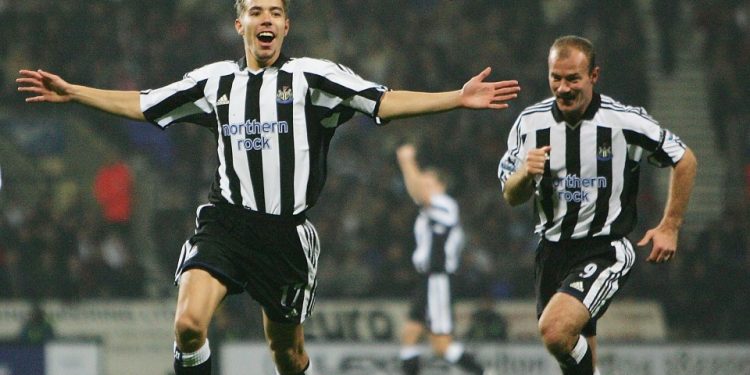 Darren Ambrose wasn’t sure about signing for Newcastle in 2003 – until he bumped into Alan Shearer in an Italian restaurant on Tyneside.

The Magpies are linked with the world’s biggest stars these days following their Saudi-backed takeover, but back then, a £1million swoop for a teenage Ambrose was top priority.

However, the ex-midfielder didn’t want to leave a cash-strapped Ipswich, where he had spent the previous eight years.

So why go? Well, it turns out saying ‘no’ to the greatest goalscorer in Premier League history isn’t easy.

“When I first signed for Newcastle, I didn’t really want to,” Ambrose recalled on talkSPORT.

“I was young, I wanted to go back to Ipswich, so Sir Bobby Robson said, ‘Go out, get some dinner, and we’ll discuss again’.

“I went to an Italian restaurant in Newcastle and Shearer walks in with a few people.

“He comes up, introduces himself, I’m thinking, ‘Blimey – Shearer knows who I am!’

“He says, ‘When are you signing? Are you going back to sign now?’

“At the end of it, the waiter said Shearer had sorted the bill out. He was that powerful.

“He dealt with the bill, I went back and I signed.”

After Sir Bobby’s departure in 2004, Ambrose found first-team opportunities hard to come by and eventually left for Charlton in 2005.

Looking back on his time at St James’ Park, the 38-year-old wishes he wasn’t so in awe of Shearer and other legends during his youth.

“I was 12 when I watched Euro ‘96. Six years later, I’m walking into the dressing room and he’s there,” Ambrose added.

“I wish I wasn’t in awe of players like Shearer. I was too young to handle it mentally.”