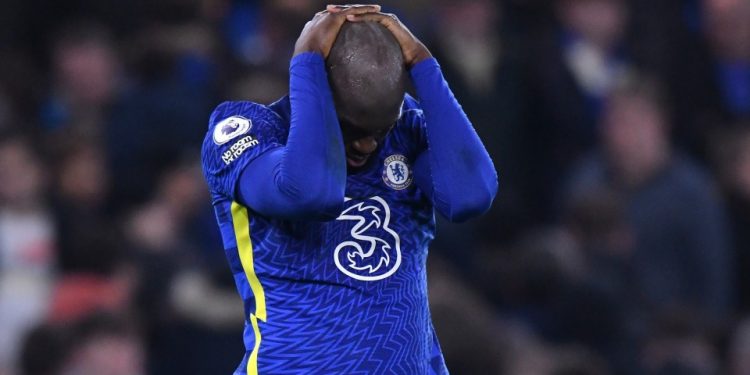 Lukaku made the headlines for an explosive interview he gave in December, where he said he was unhappy with his situation at Stamford Bridge and revealed his desire to go back to Inter Milan.

The Belgian striker was left out of Chelsea’s squad in their last outing, a thrilling draw to Liverpool, and it’s unclear what the future holds for him.

Conte coached Lukaku at Inter and the pair won Serie A together last season.

The Belgian is hailed by the player himself for turning his career around.

The pair could be reunited when Chelsea take on Tottenham in the first leg of their Carabao Cup semi-final tie on Wednesday night, however, the interview could see that reunion be put on ice.

And although Spurs boss Conte didn’t want to talk about Lukaku, he hopes to see Chelsea at their strongest for the match.

“Honestly I’d like not to speak about Romelu because Romelu’s now a player of another team,” the Italian said.

“I think it would be disrespectful to speak about him and Chelsea.”

“I think that it’s always a good thing to play against a team that all the players are available. I think for the people who watch the game I think to see the best players on the pitch,” Conte added.

Conte will return to Chelsea for the first time since leaving the club in the summer of 2018. He enjoyed great success there, however, he had an acrimonious departure with a fiercely fought court case over compensation payments coming afterwards.

Conte won two trophies in two years as Chelsea boss, including the Premier League in the 2016/17 seasonGetty

But there’s no bad blood now as far as Conte is concerned.

“For me for sure it will be great to come back to Stamford Bridge [for the] first time after I left Chelsea as manager,” he said.

“What I can say is that I spent two amazing seasons, created a lot of friendships in the club.”

Nature’s GPS: how animals use the natural world to perform extraordinary feats of navigation