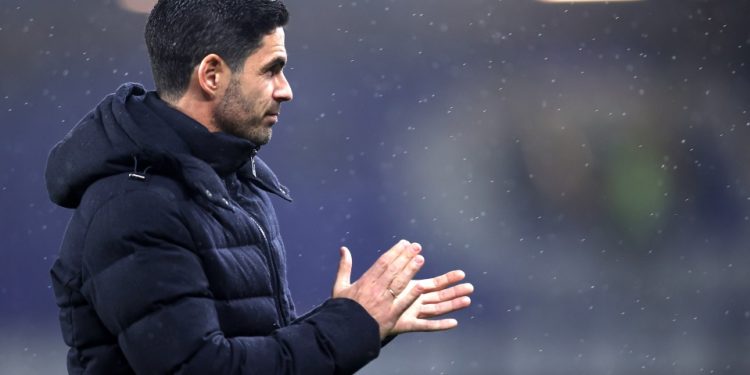 Mikel Arteta has been backed to lead Arsenal to the Premier League title within the next few seasons.

Former Gunners stars Jack WIlshere and Sol Campbell both believe the Spaniard has what it takes to bring glory back to the red and white half of north London, following the team’s stunning recovery this term.

That included a 2-0 defeat in the opening game of the new campaign against promoted Brentford, in the Bees’ first ever top flight game, followed by another 2-0 loss to Chelsea and a 5-0 mauling at the hands of Man City.

Gunners legend Martin Keown even tipped the Gunners for a relegation battle as recently as September, when the club was seated rock-bottom of the table with zero points and zero goals.

But a remarkable upsurge in form has seen Arsenal shoot up the table, with Arteta’s side entering 2022 in the top four as well as the semi-finals of the Carabao Cup.

And former Gunner Wilshere – who has been back training at the club in recent months – is confident Arteta has built the foundations of a team that can be challenging at the top very soon.

Asked if he can you see Arteta leading this Arsenal side to the Premier League title, Wilshere told Drivetime on talkSPORT: “I think with the right backing and bringing the right players in…

“He definitely has a clear structure and philosophy of the way he sees football and the way he wants to play.

“Listen, they’re not going to win the league this year, but in the next two or three years if they can get into the top four, get a few big signings in, give them time to settle and see how the manager wants them to play.

“Then I’m going to put it out there – I think they can [win the Premier League title], yeah.”

Campbell echoed his former teammate’s claim, and also hailed Arteta and his young team for their stunning recovery from their nightmare start to the campaign.

“I saw Jack talking… in the next two or three years if they bring the right players in, there’s a possibility, yes of course there is,” he told the talkSPORT Breakfast.

“They are that close.

The young guns are firing under ArtetaGetty

“At the moment Man City are just steamrolling it, they’re unbelievable the way they’re putting teams away, in both tight games and with big scores. It shows they’ve got that fantastic winning mentality that they can hold their nerve in tight games and also blow teams away.

“But Arsenal, I think yeah, if they get the right players in, why not?

“They’re going really well, Arteta has got them firing, they’ve had big results as well – 5-0 against Norwich and 4-1 away at Leeds – if you want to show purpose you’ve got to beat teams like that at the bottom, sweep them aside and carry on.

“They’re going really, really well. A couple of the results have not gone their way, and they started the season poorly, but they’ve recovered.

“It’s a great test for them, but I think they can go all the way..

“They’ve got fantastic players who are in great form. Martinelli, Odegaard, Smith Rowe, all these players are playing well, Ramsdale has brought so much life to the team.

Are Co-Op Restaurants a Practical Response to the Pandemic?