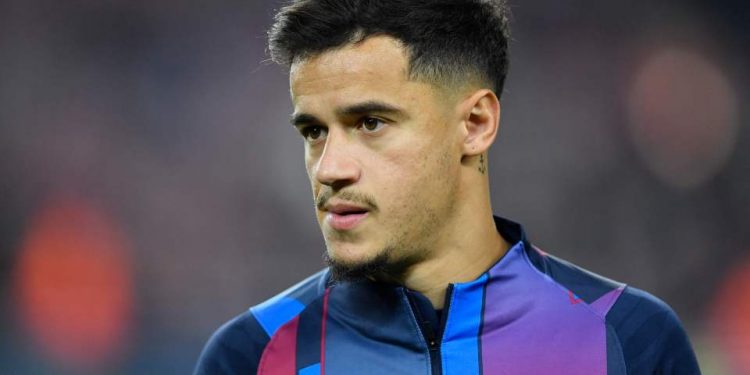 He’s not even kicked a ball for Aston Villa but the fans already love Philippe Coutinho dearly.

There’s huge excitement about what Coutinho, who’s joined the Villans on loan until the end of the season, can do at Villa Park.

The Brazilian is yet to make his debut, however, in preparation for it the fans have already thought up a song for him.

Former star Jack Grealish, who completed a big-money departure from Villa to Manchester City in the summer, may not be best pleased with it though.

To the tune of Wake Me Up Before you Go-Go by Wham!, the song goes:

“Wake me up before you go-go,

“Who needs Grealish when you’ve got Coutinho?!”

Villa fans will be encouraged by Coutinho’s agent claiming the player took a pay cut to join the club. His representative, Kia Joorabchian, also suggested the player would like to stay in the Premier League beyond the rest of the season.

“When we set out in January to ask Barcelona that we’d like to move, the Premier League it was, we weren’t really considering other leagues,” Joorabchian told talkSPORT.

“This is a league that he’s feeling most comfortable in, he really wanted to come back, he misses it.

“But ultimately the Premier League, the intensity and the way the game is played here, that’s the way that he wants to move forward.”