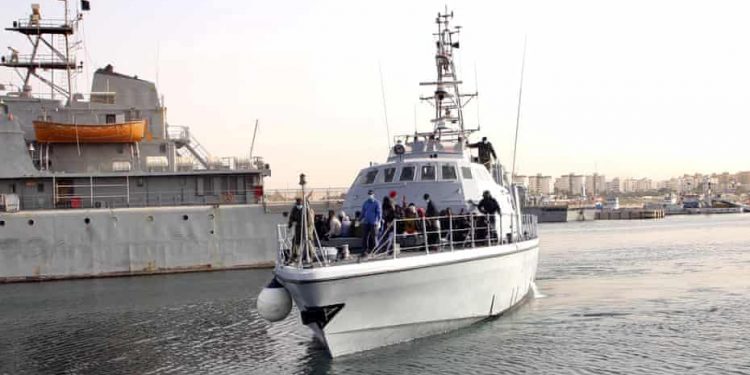 A boat carrying about two dozen migrants capsized in the Mediterranean Sea off the coast of Libya on Saturday, with at least 19 people missing and presumed dead, authorities said.

Libya’s coast guard said that a group of 23 migrants – Egyptians and Syrians – set off from the eastern city of Tobruk earlier in the day. Three migrants were rescued and taken to hospital. Only one body was retrieved and search efforts were ongoing, the agency said.

The shipwreck is the latest tragedy at sea involving migrants trying to cross the Mediterranean from the north African nation in a desperate attempt to reach European shores. Libya has emerged as the dominant transit point for migrants fleeing war and poverty in Africa and the Middle East, hoping for a better life in Europe.

Human traffickers in recent years have benefited from the chaos in Libya, smuggling in migrants across the oil-rich country’s lengthy borders with six nations. The migrants are then packed into ill-equipped rubber boats and set off on risky sea voyages.

At least 192 migrants drowned along the Central Mediterranean route in the first two months of 2022, the International Organization for Migration (IOM) said. More than 2,930 were intercepted and taken back to Libya. Once back, the migrants are typically taken to government-run detention centres rife with abuse and ill-treatment.

In 2021, at least 32,425 migrants were intercepted and returned to Libya. At least 1,553 are presumed to have drowned last year, according to IOM.