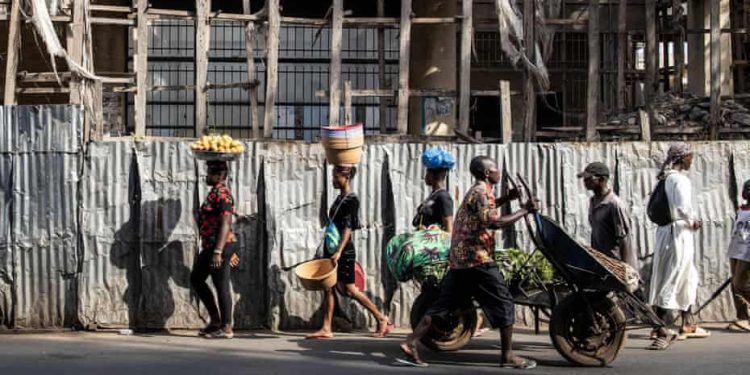 A case has been filed against the government of Sierra Leone to overturn the country’s loitering laws, which activists and lawyers claim are discriminatory, and used by police to extract bribes from people and sexually abuse women.

The laws are used to target poor and vulnerable people, say critics, and to subject them to criminal sanctions for potential conduct rather than actual harm caused.

Women arrested for loitering, and lacking money to pay bribes, have claimed they have been violently raped by police officers. Others say they have been coerced into having sex to avoid spending the night in a police cell.

Loitering has been on the statute books since the days of British rule and is punishable by up to a month’s imprisonment. It is a petty offence that is defined in the Public Order Act of 1965 and the Summary Conviction Offences Ordinance of 1906.

Section 7 of the Public Order Act 1965 states that any person “loitering in or about any stable house or building, or … in the open air, and not having any visible means of subsistence, and not giving a good account of himself, shall be deemed an idle and disorderly person … and be liable to imprisonment for any period, not exceeding one month”.

Oludayo Fagbemi, senior legal officer at the Institute for Human Rights and Development in Africa (IHRDA), said that the laws discriminate against people on the grounds of social status: “In lots of cases, it is poor people who get caught. People who sell things to club-goers, people who have to work late and walk home at night – they are arrested just because they are on the street.”

The case, filed at the Ecowas court of justice in Nigeria on 21 April and brought jointly by the IHRDA and AdvocAid, a civil society organisation working with girls and women caught up in Sierra Leone’s legal system, alleges that the laws violate provisions under the African Charter on Human and People’s Rights, such as the right to equality and non-discrimination and the right to freedom of movement.

“This case is about the state’s violation of the rights to freedom of movement, equality, and non-discrimination of poor Sierra Leoneans through laws that criminalise petty offences,” said Eleanor Thompson, a lawyer working on the case. “It is truly about the criminalisation of poverty because the anti-loitering laws are used disproportionately against the poor and marginalised.”

The government and police did not respond to a request for comment.