‘Billy Bingham was a giant, we loved him’ – Tributes paid to Northern Ireland legend who has died aged 90 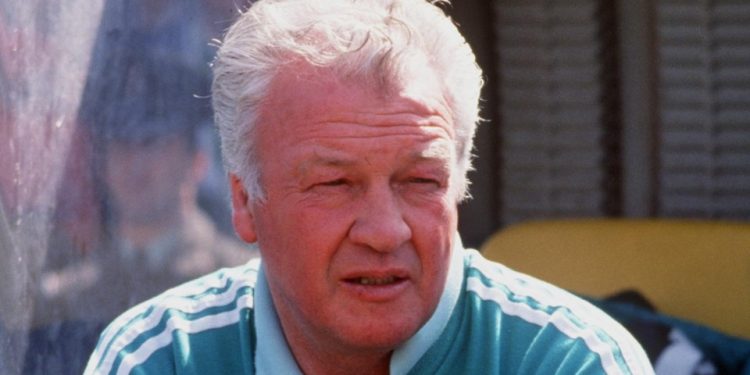 Northern Ireland legend Billy Bingham has died at the age of 90, his family announced.

Bingham was part of the Northern Ireland side that reached the World Cup quarter-finals in 1958 and had a successful club career at the likes of Sunderland, Luton and Everton.

It was his goal which secured Luton victory in the 1959 FA Cup semi-final over then Third Division Norwich to reach Wembley, where they lost to Nottingham Forest.

Twice he guided Northern Ireland to World Cup finals as a manager, first in 1982 when they famously beat hosts Spain, and again in 1986.

He was diagnosed with dementia in 2006 and his family released a statement on Friday confirming he had sadly passed away.

Bingham’s son David said: “Dad was diagnosed with dementia back in 2006 and I think it is a tribute to his will that he managed another 16 years from that diagnosis to the time he passed away.

“He passed away peacefully last night at 10.30pm in a care home in Southport.

“We are very proud of all our dad achieved.”

As a player, Bingham featured for Sunderland, Luton, Everton and Northern IrelandRex

Former Northern Ireland international Gerry Armstrong joined talkSPORT following the news and paid tribute to the man he described as a ‘giant’ of the game.

“He was an amazing manager and certainly the best manager Northern Ireland has had,” Armstrong told Hawkesbee and Jacobs.

“He won the British Championships in 1980 and again 1984, should have qualified for the Nations League finals when we beat Germany home and away. I don’t think too many have done that before.
“Billy was a giant. We loved him and he was a very successful manager.

“He could find weaknesses in oppositions and made us difficult to beat. We never lost a game at Windsor Park for six years, that was from 1989 to 1996.

“We had a really great run and that was down to the manager and his organisation skills.

“He covered all the bases.

“He was tough at times, but could be fun as well. He wasn’t too quick to put his hand in his pocket to buys drinks.

“At my 50th in Hamburg we beat Germany to do the double over them, Norman Whiteside scored the winning goal and he said ‘whatever you want, lads, I’m buying’. Most of the lads nearly choked.

“He was a great man and we loved him.”