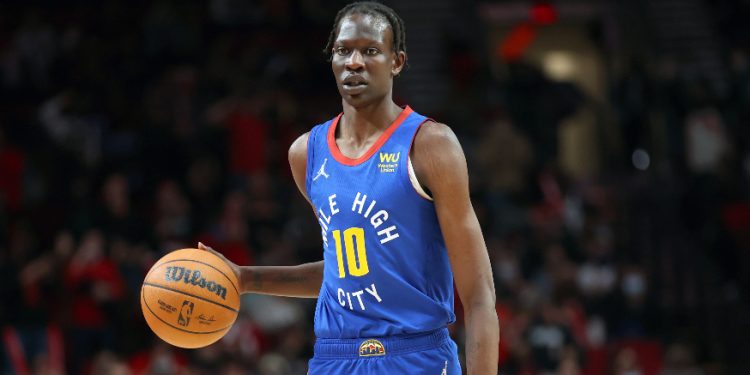 Bol Bol is no longer headed to the Detroit Pistons. Earlier this week, reports began circulating that the Denver Nuggets were working on a deal to send the intriguing youngster to Detroit in a move that would give Bol the opportunity to jumpstart his career in a place that could give him reps in a relatively low-stakes environment.

But despite the fact that the move was announced by the teams, reports indicate that it’s not going to happen. According to Mike Singer of the Denver Post, Bol underwent a physical with the Pistons, and as a result, the trade has been taken off the table.

Breaking: The Bol Bol trade to Detroit is off, league source tells @denverpost.https://t.co/U2uan0IhwB

The news of the trade being off and Bol’s physical being the reason why was confirmed by Adrian Wojnarowski of ESPN and James Edwards of The Athletic.

Denver’s Bol Bol trade with Detroit has been voided, sources tell ESPN. The Pistons didn’t pass Bol on his physical with team.

Pistons’ trade with Denver for Bol Bol has been voided, sources tell The Athletic, due to concerns after the physical.@msinger first reported.

Bol, a 22-year-old former second-round draft pick who has not seen his career take off in Denver despite being a former five-star recruit, came into the league after undergoing foot surgery during his only collegiate season. Despite that, he has remained healthy, which Singer reports made this catch the Nuggets off guard.

As story says, Bol has been injury-free for a few seasons … which is why this came as such a shock to the #Nuggets. https://t.co/6fkryrerP2

Bol has appeared in 53 games during his NBA career with two starts. He’s averaged 2.7 points and 1.2 rebounds in 6.2 minutes per game.