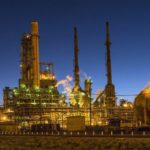 Export Development Canada shows up as the world’s biggest provider of trade and development finance for fossil fuels, averaging US$11 billion per year between 2018 and 2020, and Russia emerges as the second-biggest recipient of international public finance for fossil projects, in the latest update of the Public Finance for Energy Database released this week by Oil Change International.

“G20 governments provide more than US$100 billion each year in international finance for energy projects through their trade and development institutions,” the database states. “This money has an outsized influence on what kinds of energy projects get built. Unfortunately, for every dollar going to the clean energy we need to build a just and liveable future, 2.5x more is still flowing to fossil fuels,” with oil, gas, and coal projects averaging $63 billion per year in international public financing over the three-year range of the data—compared to about $26.7 billion for clean energy.

That financing amounts to about 10% of global energy financing, but “reaches beyond its own scale because public finance also has an outsized effect on the decisions private financiers make,” writes OCI Public Finance Campaign Co-Manager Bronwen Tucker.

In the database, Canada’s $11 billion per year in international fossil finance narrowly edges out Japan, at $10.9 billion, followed by South Korea at $10.6 billion, China at $7.3 billion, and the United States at $3.1 billion. Just over half of the financing now flows to fossil gas projects, Tucker adds, and “most international public finance flows between wealthy countries, not to lower-income countries in support of development.”

The financial flows to Russia, from both G20 countries and multilateral development banks, continued between 2018 and 2020 “despite a clear trend of increased military aggression under Putin,” Tucker adds. But now, “there is an important opportunity to end public finance for Russian oil and gas and to fast-track rapid decarbonization projects in the regions most vulnerable to price spikes.”

Tucker points to wider momentum to divert public fossil funding to support a just energy transition: during last year’s COP 26 climate summit in Glasgow, 39 countries and institutions including Canada pledged to shift their public financing out of the fossil sector by the end of this year.

Back to school: What is your classroom’s Superpower? By Miruna Pavoni (Architect)