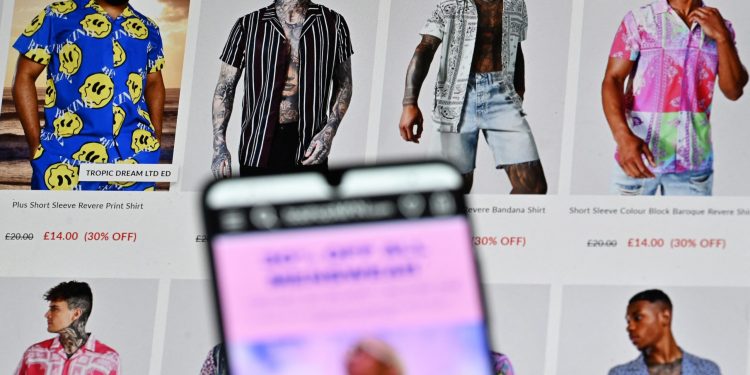 A coalition of business leaders and advocates is making a final attempt to ban key forms of targeted advertising online — a push that, if successful, would disrupt the internet economy as we know it.

The push comes as the European Parliament is set to vote next week in a plenary session on the Digital Services Act, a law that aims to rein in illegal content online.

So far, supporters of a ban on targeted advertising have failed to gather a majority in favor, and France’s digital minister, Cédric O, told POLITICO yesterday that his country — which holds the EU’s rotating presidency — has no intention of banning targeted ads.

But members of the pro-ban coalition, which includes 17 digital rights organizations and the CEOs of 14 privacy-minded companies, believe they can still rally enough support to ban ads that target people based on their online behavior.

In a letter published on Thursday, they urge lawmakers to ban the use of ads that target people based on their search histories, social media activity and online purchases — practices that have long drawn the ire of privacy activists, and were at the heart of the Cambridge Analytica scandal. They do not seek a ban on ads that target people based on information they have freely provided.

“Such practices not only harm individual users by exploiting their vulnerabilities, and threaten European democracy, but they are also detrimental to the European business landscape, while benefiting a few dominant actors that specialise in behavioural tracking and allow themselves to integrate data from across websites in violation with EU data protection rules,” wrote the signatories who include rights groups Panoptykon and Amnesty International as well as 14 CEOs of privacy-minded companies such as DuckDuckGo and Ecosia.

Google and Facebook have lobbied hard against restrictions to their advertising practices ever since the Digital Services Act was first tabled in 2020, and they have found allies in news publishers and advertisers.

Top Commission officials including digital chief Margrethe Vestager have also spoken out against a ban, saying it could harm small and medium-sized businesses.

While a majority in Parliament had backed a call to rein in online tracking for ads in 2020, lawmakers on the lead committee have stopped short of a sweeping ban. Instead, they agreed to outlaw the practice of targeting children and to stem online manipulation, known as dark patterns, to nudge users to consent to tracking.

Now, privacy activists who had coalesced around a growing movement are hoping to convince lawmakers for a last-minute turnaround amid what they see as a bittersweet and insufficient result in the lead committee.

“It’s just so disappointing compared to what we heard at the beginning of this legislation. The hopes were super high and we are landing on a bunch of weak compromises,” said Katarzyna Szymielewicz, president of Panoptykon.

Digital rights groups want MEPs to back their amendment, which would let platforms target users with ads based on explicitly given data, but would not allow targeting based on behavior and deduced through algorithms.

“I think we can be more tactical here,” said Szymielewicz. “This third way is accepting targeted ads that are GDPR-compliant and ethical, and prohibiting surveillance-based ads exploiting vulnerabilities.”

Meanwhile, several lawmakers, including Pirates MEP Patrick Breyer and Greens MEP Alexandra Geese, have pledged to introduce their own amendments. Breyer said he would seek to ban the use of sensitive data such as political opinions, religious beliefs and sexual preferences for targeting.

CORRECTED: This article has been corrected to clarify the coalition seeks to ban ads that target people based on their online behavior and not information they have freely provided.

Falling birth rates are not an existential crisis for Central and Eastern Europe, but an opportunity