Chelsea clean up at FIFA Best awards with Thomas Tuchel named world’s best coach, while Robert Lewandowski gets his revenge on Lionel Messi for Ballon d’Or result and Tottenham celebrate at Arsenal’s expense with Erik Lamela 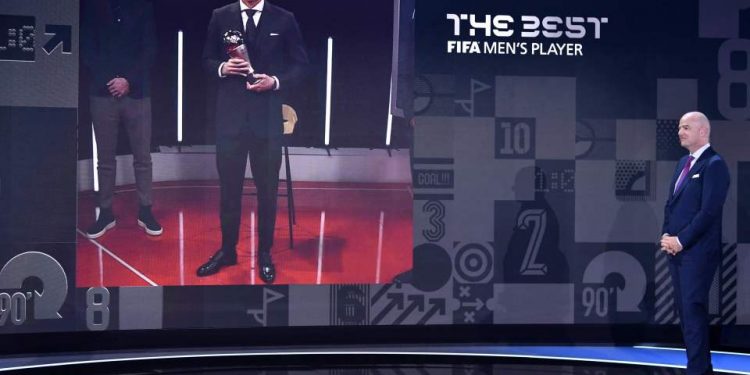 Debate raged in October when Copa America winner and PSG forward Lionel Messi beat Bayern Munich’s Lewandowski to the 2021 Ballon d’Or, but now the striker has had his revenge.

Messi has had a poor start to life in France since leaving Barcelona, while Lewandowski managed 69 goals in 59 games for club and country in 2021.

And he’s now been rewarded for his unstoppable goal scoring with back-to-back FIFA award wins, finishing ahead of Messi again this year, with Liverpool’s Mohamed Salah in third place.

“The first time will always be the first time, but winning the title for the second time in a row means a lot to me,” the Poland captain said. “I think that my athletic performance has developed in the right direction over the last two years.

“I am always very happy to receive individual awards because it is always an award for my team as well. What I win, the team also wins and that makes me very proud.”

Chelsea, the 2021 Champions League winners also had a successful night, with their men’s and women’s teams both rewarded for their achievements.

Tuchel was named The Best FIFA Men’s coach for his European Cup win with the Blues just six months after replacing Frank Lampard in the dugout.

His goalkeeper, Mendy, was similarly rewarded by being named the best in the world in his position.

Mendy was named by Peter SchmeichelAFP

It’s been a phenomenal year for HayesAFP

Tuchel’s counterpart at the women’s team, Hayes, picked up The Best FIFA Women’s Coach award after guiding her side to Super League, FA Cup and League Cup victories, as well as the Champions League final.

Tuchel paid tribute to his colleague, saying: “Well, it speaks for itself. She is already a legend here, and I’m trying hard to keep up and to stay as long as she does, and to catch as many titles.”

‘I’m completely shocked. I put it down to the players, the fantastic people that represent my work.’

Ronaldo was in attendance to pick up his special awardGetty

While Lamela’s ridiculous goal against Arsenal was also rewarded

It means it is back-to-back wins for the top goal, with Heung-min Son winning it last year.