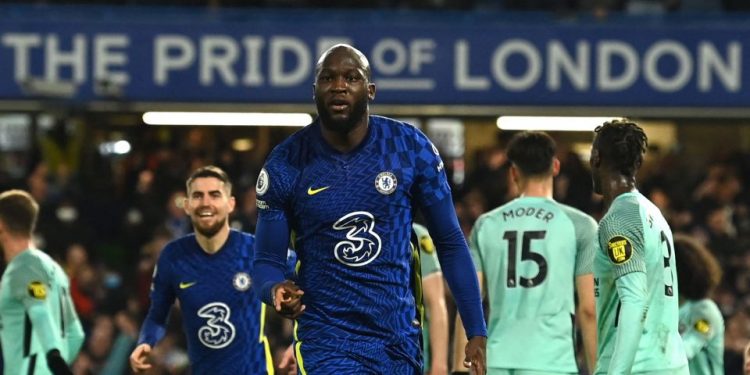 Chelsea’s decision to drop Romelu Lukaku for their clash with Liverpool has been branded ‘extreme’.

An astonishing interview was published in midweek where the striker told Sky in Italy he was unhappy at a lack of game time under Thomas Tuchel.

The German boss was not amused by the situation, stating it was not ideal, especially ahead such a huge Premier League fixture.

The Blues have been struggling for form in recent weeks and have won just two of their last five league fixtures.

They have also been severely affected by injury and illness but, even so, Tuchel has decided to drop Lukaku for the game with Liverpool.

His move has split opinion though, with some feeling it’s too harsh given the circumstances at Stamford Bridge.

Lukaku has been dropped by TuchelGetty

Former Premier League striker Darren Bent tweeted: “I understand Lukaku has done wrong and should be punished appropriately but leaving him out of the squad today for one of the biggest games of the season, when your still trying to stay in the title race and his form in the last 2 games seems extreme.”

But former Liverpool star Michael Owen insisted it was a good move and one which was in the best interests of all at Chelsea.

He posted: “If reports are accurate, it’s a huge decision from Tuchel to leave Lukaku out of todays @ChelseaFC squad. But in the long term interests of the club, it’s a good one. No player is more important than the club and while being employed by someone, you can’t speak out like he has.”

Former Chelsea forward Tony Cascarino, though, has some sympathy for Lukaku.

Have Chelsea made the right decision over Lukaku?Getty

Prior to the news, he suggested that the Belgian superstar, re-signed for £97.5million from Inter Milan, had seen things blown out of proportion after voicing legitimate concerns.

“I don’t really believe Lukaku is that unhappy,” he told the Weekend Sports Breakfast. “I think he’s just a player who thinks, ‘I should be starting and playing and the manager isn’t allowing me to do that’.

“If you go back to Romelu Lukaku and say, ‘when you leave Inter Milan you’re going to go to Chelsea but, by the way you’re not going to be in the team each week’. He’d probably have thought, ‘I don’t want to go to a club like that’.”

The princess and the Caravaggio: bitter dispute rages over Roman villa