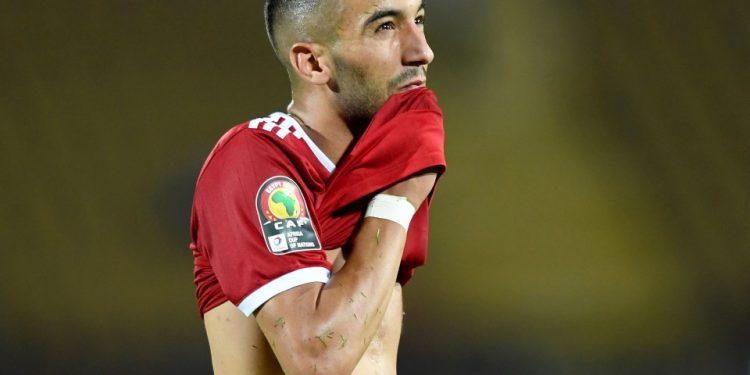 Chelsea midfielder Hakim Ziyech has not been recalled by Morocco for their Africa Cup of Nations campaign.

The Atlas Lions will attempt to win the tournament in Cameroon without one of their top stars as his exile continues.

Ziyech has not been picked for the tournamentAFP

The 28-year-old missed his nation’s last six 2022 World Cup qualifiers and hasn’t been picked since July when he played in a friendly against Burkino Faso.

The playmaker and manager Vahid Halilhodzic have been locked in rows with the coach unhappy with the professionalism shown by his player.

When Ziyech was left out of Halilhodzic’s squad in September and told the New Arab: “His behaviour in the last two matches, especially the last one, was not that of a national teamplayer who as a leader in the team has to be positive role model.

“He arrived late and after that he even refused to work. There was no point in discussing it afterwards, as a coach the answer is right there to see.

Halilhodzic hasn’t been happy with ZiyechAFP

“For me, the national team is above everything, nobody can hold it hostage.”

On another occasion, he said: ‘For the first time in my coaching career, I saw a national team player who doesn’t want to train and claims to be injured, although tests have shown he can play.

“I won’t tolerate it. Not this behaviour as long as I coach Morocco.”

Ziyech then posted on Instagram, saying: ‘Next time when you speak SPEAK THE TRUTH THEN…!’

Ziyech will now be able to help Chelsea in JanuaryGetty

Ziyech also missed the 2017 AFCON after falling out with manager Herve Renard.

His absence will be a boost to Chelsea who have suffered with injury issues in recent weeks.