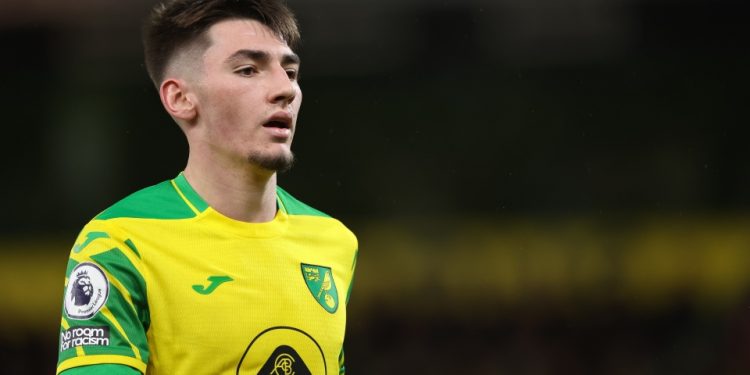 Chelsea have been urged to bring Billy Gilmour back from his Norwich loan after fans were videoed telling him to ‘f*** off’ back to his parent club.

Gilmour has found it tough to make an impact during his time at the rock-bottom Premier League side.

Gilmour has made 12 appearances for Norwich this season

Previous manager Daniel Farke rarely gave him a chance in the team, while new boss Dean Smith has got him on the pitch more.

Fans were seen making the expletive laden chant at Gilmour during their 3-0 defeat to Crystal Palace.

Agbonlahor believes it would be a waste of six months of his career to keep Gilmour at the Canaries, who are seemingly heading straight back for the Championship.

“I can’t believe the audacity of the Norwich fans to chant that,” Agbonlahor told talkSPORT Breakfast. “I hope it’s a small section from the away fans, I hope that home fans wouldn’t sing that.

“If I’m Chelsea, I’m bringing him back now. Pack your stuff, get yourself back and we are going to find you a club in January that are going to play to your strengths.

“He’s playing with Championship players, they’re not good enough. He needs to play with players who want to play football and his sort of football.

“He’s going to waste six months of his career staying there until the end of the season. I would drag him back.”

He continued: “Sometimes fans want a scapegoat, so they are picking on a 20-year-old loanee. They would be worse off without him.

“They are losing 3, 4 or 5-0, without him they’d be losing 8-0 as he’s a quality player. I’m sure Dean Smith will speak about it when he next does an interview and will be disappointed he’s had such stick.”