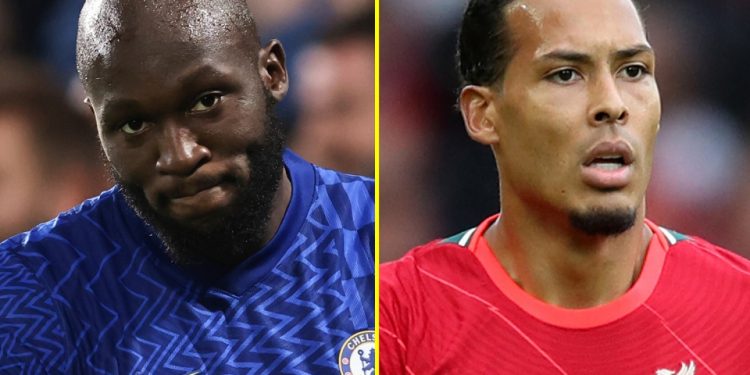 Chelsea host Liverpool in a Premier League title blockbuster to welcome in 2022.

Both sides have fallen off the pace set by leaders Manchester City and this will be a key game in the title race.

Chelsea take on Liverpool to welcome in 2022

Chelsea are a point above Liverpool in second but the Reds do have a game in hand.

The Blues drew with Brighton last time out while Jurgen Klopp’s men lost at Leicester meaning both will be eager to return to winning ways.

These two drew 1-1 in August with Mohamed Salah cancelling out Kai Havertz’s opener.

The Premier League clash is set to take place on Sunday, January 2 at Stamford Bridge.

Updates will be live on talkSPORT throughout the evening while talkSPORT.com will be running a live blog for all the action.

The match will also be broadcast live on Sky Sports Main Event and Sky Sports Premier League with live coverage starting from 4pm.

If not, you can purchase a Sky Sports Day Pass from NowTV for £9.99.

Chelsea will be without Reece James, Thiago Silva, Ben Chilwell and Andreas Christensen.

Ruben Loftus-Cheek is a doubt while Timo Werner is still recovering from Covid.

Liverpool have recorded three new positive Covid cases but manager Jurgen Klopp believes Sunday’s game at Chelsea is not yet close to being called off.

The Reds boss declined to name the trio as they were still awaiting PCR test confirmations but those affected, plus Thiago Alcantara and Takumi Minamino will be missing at Stamford Bridge.

Chelsea v Liverpool: What has been said?

Liverpool boss Jurgen Klopp: “[Against Leicester] we missed a pen, got in a rush, never had rhythm but we were not convincing enough.

“I expect a football reaction. I am pretty positive about the mentality of my boys.

“We have to make sure we’re really on it again and I expect a really strong Chelsea. They have a proper football team. Leicester gave us a good example that it can be intense. We will put a proper shift in.

“The only chance to catch anyone [in the title race] is to win football games. It’s not so easy as we play Chelsea a proper football team and might have similar issues as we have.

“You don’t win at Stamford Bridge with an average performance.”