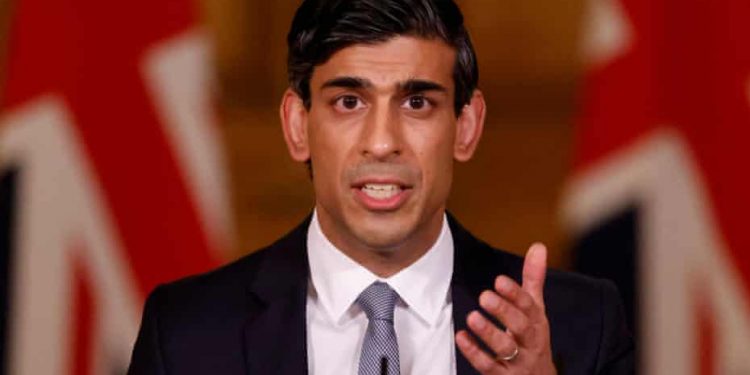 UK government spending to combat the coronavirus pandemic pushed the public finances £19bn further into the red in February, though this was less than City economists had expected after robust consumer spending prevented a steep fall in VAT.

With the third lockdown in its second month, the Office for National Statistics (ONS) said public sector borrowing was £19.1bn in February, £17.6bn more than in the same month last year and the highest February borrowing since monthly records began in 1993. City economists had expected February’s deficit to hit £21bn.

The ONS data showed that government borrowing was on course to match the Office for Budget Responsibility’s forecast for the 2020-21 financial year of £355bn. The OBR is the government’s independent economic forecaster.

However, the figures for the public finances also appeared to confirm that economic activity held up strongly during the third lockdown and the recovery will be faster than the OBR expects, meaning borrowing could be lower than it is forecasting when the full year figures are confirmed.

The ONS also emphasised that the cost of financing the UK’s debts had remained stable over the last year – nudging higher from £4.2bn to £5.3bn – despite a huge leap in borrowing. This followed a steep decline over the last year in the interest paid by the Treasury on government bonds following a flight to safe haven assets by international investors.

Responding to the data, the OBR said the improving situation meant its March forecast was likely to prove overly pessimistic.

It said that over the last 11 months, Whitehall departments had spent less each month than forecast while the fall in tax receipts was largely as predicted. Tax receipts fell by £35bn over the financial year.

In its latest forecast, the Bank of England said that while the outlook was uncertain, the economy was in better shape than it expected only a few months ago, mainly because of the acceleration of the vaccination programme.

Thomas Pugh, a UK economist at the consultancy Capital Economics, said that at £63.2bn, tax receipts were not that much below levels of a year ago, when the government collected £64.1bn in February 2020.

Government spending remained extremely high at £72.6bn in February, he said, with an extra £3.8bn on the furlough scheme adding to the overall bill.

“This leaves cumulative borrowing, with just one month to go until the end of the fiscal year, at £278.8bn. But the figures do not yet include an estimated £24bn of write-offs of government-backed loans,” he said.

“In any case, we think that the fiscal forecasts further ahead are predicated on overly pessimistic forecasts for GDP growth. If we are right, borrowing may be lower than the OBR expects over the next few years, allowing the chancellor to cancel some of the proposed tax hikes before the 2024 general election.”

In the budget a fortnight ago the chancellor, Rishi Sunak, said the period of doing “whatever it takes” to revive the economy would be relatively short-lived and that action would be needed to repair the public finances once the crisis was over and recovery was under way.

In response to the borrowing figures on Friday, Sunak said: “Coronavirus has caused one of the largest economic shocks this country has ever faced, which is why we responded with our £352bn package of support to protect lives and livelihoods.

“This was the fiscally responsible thing to do and the best way to support the public finances in the medium term.

“But I have always said that we should look to return the public finances to a more sustainable path once the economy has recovered, and at the budget I set out how we will begin to do just that, providing families and businesses with certainty.”

Sunak has signalled that from next year he will begin to impose taxes on personal income from freezing the levels at which people pay tax and later in the parliament will increase the Treasury’s coffers from higher corporation tax bills.