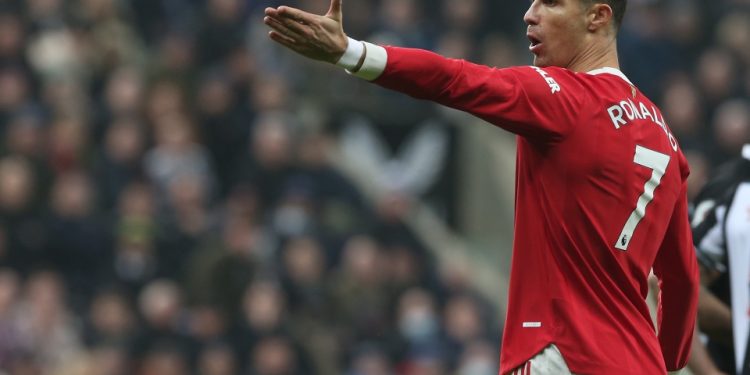 The odds have tumbled on Cristiano Ronaldo being dropped for Manchester United’s next Premier League match against Aston Villa.

The Red Devils have been in poor form of late with Ralf Rangnick’s men defeated by Wolves last time out at Old Trafford.

Questions have been asked of the German’s capabilities in the interim roll with the Premier League giants now outsiders for the top-four.

The Red Devils face stiff competition for a Champions League place from a rejuvenated Arsenal as well as Tottenham, who have come on leaps and bounds under Antonio Conte.

Ronaldo has been criticised for his poor body language and ineffective displays in recent games and Betfair have given him odds of just 9/4 to be dropped for the trip to Villa on January 15.

Darren Bent, the former Charlton, Tottenham and Sunderland striker, admitted Rangnick may have some tough decisions to make to oversee a change in form.

And he said dropping Ronaldo could be one of them.

“They need to find some consistency and I thought Rangnick was the man to do that,” Bent told the talkSPORT Breakfast. “He is going to have to make some big decisions.

“He did leave Bruno [Fernandes] out and he made a real difference when he came on.

“That might be he has to take Ronaldo out at times, put him back in, and even [Edinson] Cavani. You can’t just keep being predictable.

“He can’t keep going ‘who can I use as a scapegoat, Greenwood and Sancho, I’ll take them off’.

“You can’t keep doing that. You have to stick with them and make some big decisions.”

Betfair have given Rangnick odds of just 6/5 to see out the season as interim boss – despite the 63-year-old taking over in December and signing an agreement to step up into an advisory role at the club following his stint in the dugout.

He was unbeaten in eight games prior to the defeat to Wolves, but the performances have been less than impressive.

His side currently sit seventh in the top-flight, four points off fourth-placed Arsenal but with a game in hand.