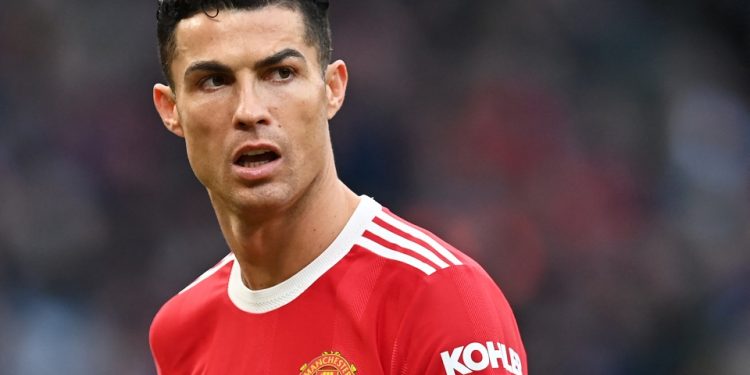 Cristiano Ronaldo has fired a warning to his teammates, insisting Manchester United should be finishing third in the Premier League – minimum.

The Portuguese’s first season back at Old Trafford has far from gone to plan with Man United currently seventh in the Premier League.

They face a fight to finish in the Champions League spots, with fourth-placed West Ham SIX points above them.

However, the challenge for the Red Devils in the second half of the season is even greater in the eyes of Ronaldo.

“In my head I don’t accept that our mentality be that we finish below the top three in the Premier League.

“We are capable of changing things now… I know the way but I’m not going to mention here because I don’t think it’s etiquette on my part to say but what I can say is that we can do it better, all of us.

“We have to change that. I don’t want to be in a club where we fight to be in sixth, seventh or fifth place, I’m here to try to win, to compete.

“I think we compete but we are not yet in our best level. We have a long way to improve but I believe if we change our mind we can achieve big things.”

The club parted company with Ole Gunnar Solskjaer in November and successor Ralf Rangnick has struggled to get the best out of the players.

Ronaldo also defended the work of Rangnick, who’s come under fire for his underwhelming start at Old TraffordAFP

There have been reports Ronaldo and Rangnick don’t see eye to eye but Ronaldo dispelled these suggestions as he backed the German to do a good job.

“He arrived here five weeks ago, he changed many things but you need time to put his ideas to the players and onto the pitch, it takes time,” Ronaldo added.

“But I believe that he’s going to do a good job. We know we’re not playing the best football that we can but we have many weeks to improve.

“Since he arrived I think we are better at some points but as I said you need time, it’s not easy to change the mentality of players, the way they play the system and the culture.

“I believe that he’s going to do a good job.”

Chelsea star Romelu Lukaku reveals he rejected Man City, planned to join Real Madrid, Barcelona or Bayern Munich and would still be at Inter Milan if they extended contract as bombshell interview continues