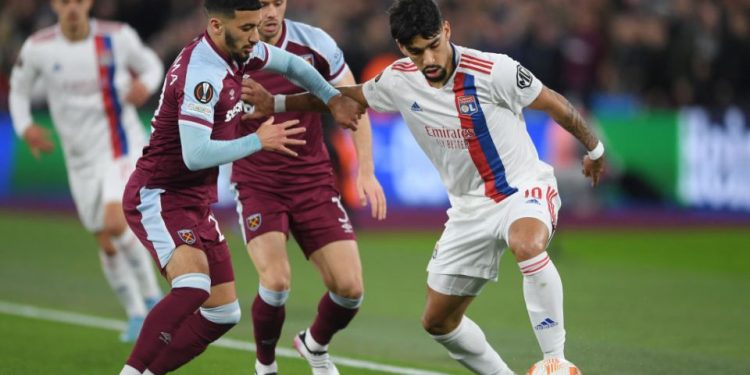 West Ham are set to secure the services of Lyon forward Lucas Paqueta after bidding £34million for the star.

The 24-year-old, who has also previously been linked with a move to Arsenal, Newcastle United, Manchester United and City, would become the Hammers’ eighth signing of the summer.

West Ham are understood to be in advanced talks with Paqueta and his representatives in hope of securing his signature.

“I won’t talk about him but I can tell you we have bid for him,” confirmed manager David Moyes.

“I think his pedigree is really good.”

A bid of £34m has been submitted by the East London club, with now a fee and personal terms still yet to be finalised.

Having joined Lyon in 2020, the Brazil international has managed 18 goals in 67 Ligue 1 appearances.

He also has 33 caps to his name at international level, and he is expected to be part of his country’s squad for the World Cup in Qatar in November.

Rio de Janiero-born Paqueta, came through the youth ranks of boyhood club Flamengo, before signing for AC Milan in 2019.

A key target for Arsenal, he is close to the Gunners’ director of football Edu, who previously worked with Paqueta with the Brazil national team.

How Man City, Liverpool, Chelsea and Tottenham groups of death could look

“I’m a guy who likes him a lot, I’ve always liked him, since my time with Brazil’s national team.

“He’s had a great season, he was considered the best [overseas] player in the French league.”

It remains to be see if Arsenal also make a move for the star, or the Hammers get their man.

Interview. Irina Rosu (World Class): We plan to continue the expansion of the network in Romania next year