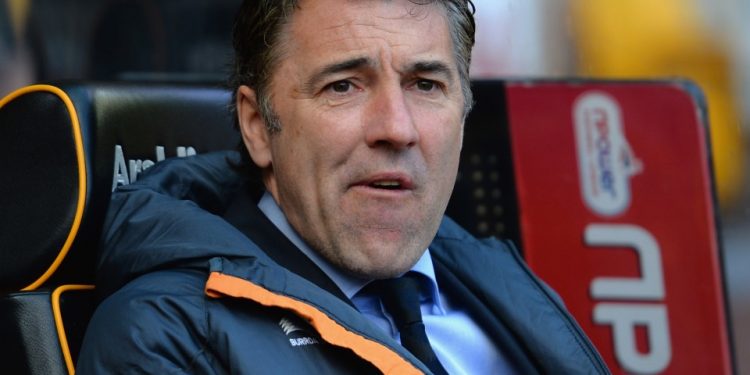 Dean Saunders has joked Jamie O’Hara was responsible for getting him the sack as Wolves manager back in 2013.

The Welshman was appointed in January of that year with Wolves staring at the prospect of two successive relegations.

His spell at Molineux was a very brief one, howeverGetty

Unfortunately for Saunders he couldn’t save them from dropping to League One as their demotion was confirmed later in the season.

O’Hara was part of that squad but didn’t have his best season, with Saunders saying the former Tottenham man was lacking in fitness.

“He was super confident but he wasn’t fit, he’ll admit that himself,” Saunders recalled on Drivetime. “I tried to get him into shape and I stuck with him because he was an undoubted talent, undoubtedly great on the ball.

Asked by presenter Adrian Durham what happened next, Saunders said: “I got sacked. He got me the sack!”

There’s no bad blood between the pair though

Saunders was relieved of his duties shortly after Wolves’ relegation to League One was confirmed but his first conversation with a 27-year-old O’Hara may have been a clear indicator that keeping them up was always going to be a tough job.

O’Hara: Nice to meet you, Dean.

Saunders: What do you mean, anywhere?

O’Hara: I can play anywhere!

Saunders: Can you play up front?

Saunders: How many goals have you scored in your career?

Still, things have turned out well for the pair now. They’re stars on our airwaves after all.