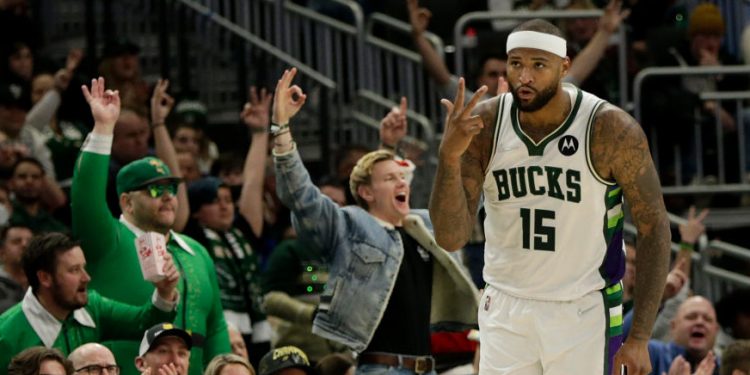 The Milwaukee Bucks have become a staple of the NBA Christmas Day slate thanks to Giannis Antetokounmpo and their steady presence atop the East standings year after year, and as the reigning champs they got to host a Christmas game against the Celtics that turned out to be a thriller.

Boston led by 13 with under six minutes to play when the Bucks put Giannis, fresh off the COVID list, back in for one last burst, and the Finals MVP put forth an incredible effort to steadily reel in Boston and, ultimately, give Milwaukee a 117-113 win. Up three with under 10 seconds to play, Giannis put a bow on the win with an outrageous block of Robert Williams on a dunk attempt and the ball ultimately bounced out of bounds off of Williams.

GIANNIS ROTATES OVER FOR THE BLOCK.

While the referees reviewed the call on the floor, the Bucks began their celebration with game ops playing the Cha-Cha Slide, which got DeMarcus Cousins and the rest of the Bucks bench up and moving, as they slid to the right, slid to the left, and criss-crossed in delightful choreography.

The best part of the video was Jrue Holiday sliding in perfect lockstep with Boogie from outside the frame, and a year after carrying some of the league’s best locker room vibes through the playoffs to a championship, it certainly seems like this is a team that is once again having plenty of fun on the court and off of it.