Denmark hit by (another) spying scandal 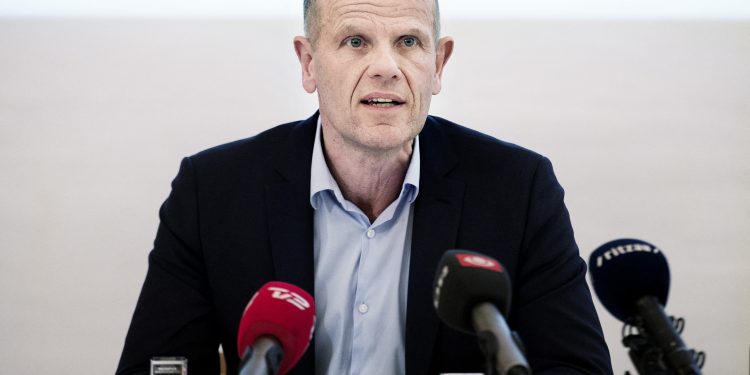 Denmark’s Defense Intelligence Service, one of the country’s two main spy agencies, is attracting unwanted attention after its former chief appeared in a Copenhagen court this week charged with leaking highly classified information.

Few details have been released about the case, but Denmark’s public broadcaster DR has suggested the alleged leaks were to the media rather than to a hostile state — though this has not been confirmed by prosecutors.

If convicted, Lars Findsen could face up to 12 years in jail. He was detained on the charges in mid-December, but his name was withheld until this week. He denies the charges.

“I plead not guilty. This is completely insane, and you can quote me on that,” he told reporters during a break in court proceedings on Monday.

On Wednesday, Social Democrat Prime Minister Mette Frederiksen commented on the case for the first time, telling reporters it was  “clearly serious” but adding that she retained confidence in the intelligence services and her defense minister, Trine Bramsen.

Frederiksen said she couldn’t comment on intelligence operations, citing the agencies’ need for secrecy, and hoped that media could “respect” and “understand” her position.

The problem for Frederiksen is that this is at least the third time that scandal has swirled around the intelligence service, DDIS, in recent years.

In August 2020, Findsen was suspended as chief along with two colleagues amid allegations that DDIS had withheld information on its operations from officials tasked with overseeing the agency.

Then in May last year, DDIS featured heavily in media reports — citing anonymous sources — which claimed the agency had supported U.S. efforts to spy on European leaders. The reports drew angry rebukes from Danish allies in Europe, including Germany and neighboring Sweden.

Most recently, on December 9, Danish police said in a terse statement that four people had been arrested, accused of “disclosing highly classified information from the intelligence services” after a long-running investigation.

Of the four, only Findsen remains in custody.

The case is already proving awkward for the government, with its policing of DDIS increasingly being criticized by opposition lawmakers.

“The government … has seemed more concerned with covering things up than actually having them thoroughly investigated,” said Eva Flyvholm of the opposition Red-Green Alliance.

And either verdict in the Findsen case — acquittal or conviction — would appear to have the potential to damage the government’s credibility with voters.

If Findsen walks free, Danes may wonder what all the fuss was about, and if he doesn’t, they may wonder how he was appointed to such a senior position in the first place.

The prime minister now faces the tricky task of restoring faith in the intelligence services without saying anything specific about what Findsen is accused of doing for fear of compromising ongoing or future spying operations.

“This is clearly a serious case,” Frederiksen said. “And it is one we could have done without.”

Tale of two Christmases: as UK firms cancel events, others want to party on