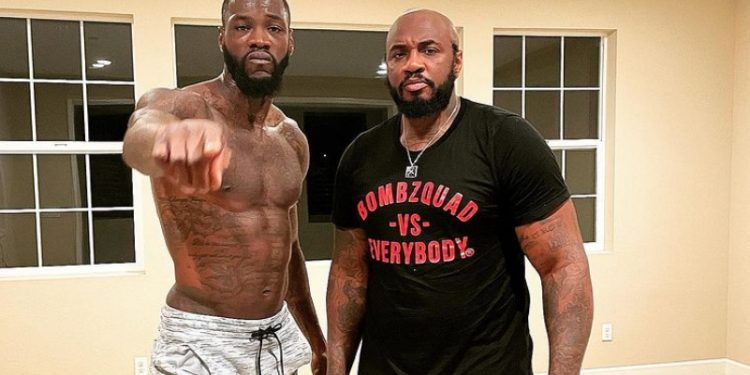 Oleksandr Usyk would be too good for the current version of Tyson Fury, according to Deontay Wilder’s trainer Malik Scott.

Scott, who previously sparred with both men during his time as an active heavyweight, knows the pair well.

Scott trained Wilder for the Fury trilogy fight, and will likely be his coach if the ‘Bronze Bomber’ fights againDeontay Wilder – Instagram

His knowledge of Fury is especially heightened, given the fact he spent 18 months preparing Wilder to face him in their trilogy bout.

The American duo ultimately came up short on October 9, but Scott believes Fury’s next big challenge could be the one that ends his unbeaten run.

“I want this to be very clear, this is not coming from a hateful place or anything like that,” Scott told ESNews.

“The movement, the reflexes Tyson Fury.

“I believe this Tyson Fury right now, I believe Usyk would beat.

“The heavier Tyson Fury that’s coming forwards, that wants to take chances and put his weight on people.

“I think that is a perfect system for Usyk to operate off of.

“Because his feet are fast, he turns on angles, he’s a good counter-puncher and his punches are so accurate they come with a bit more sting they appear.

“So if I had to bet on that, I would bet Usyk would beat Tyson Fury.

“This Tyson Fury is much more vulnerable and easier to hit than any Tyson Fury before.”

Arsenal backed to compete with Man City, Chelsea and Liverpool for major honours if they sign ‘two or three players’ as Tony Cascarino hails ‘exciting players’ who could lead them to new era of success