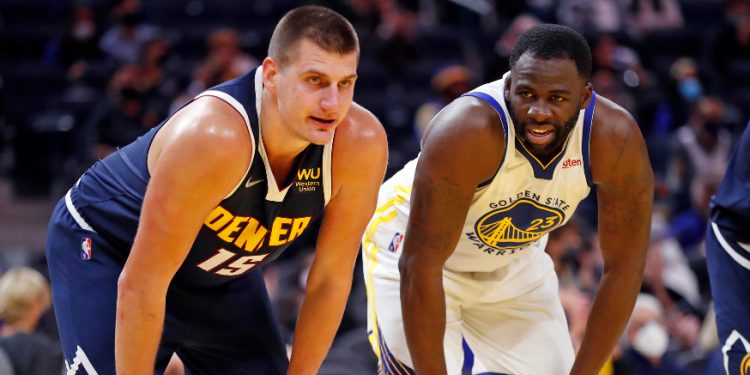 In recent years, Draymond Green has ventured into the role of TV analyst, most often on TNT’s “Inside The NBA.”

On a recent episode of “The Draymond Green Show,” Green discussed that experience with Matt Barnes and how he’s grown in that role. Green shared a story from the time he heavily scrutinized Jokic’s defense during an appearance on “Inside The NBA” and the mistakes Jokic made during the first half of a game.

Draymond Green once called out Nikola Jokic’s defense while filling in as an analyst on TNT. Jokic went up to Green the next season, said he appreciated the criticism and told Green that he’s improved.

Green’s response: “You 100% have gotten better.”pic.twitter.com/SzCpEKBzFQ

“I went at Jokic’s defense. I’m like, ‘If they’re gonna ever be a good team, he’s the backline of the defense, he has to be good defensively, ‘” Green said. “I showed four clips. Him not rotating over as the low man, him not moving, four clips. And I was very critical of him.”

The following year, Green said Jokic told him he saw the criticisms from that segment, agreed with the points Green made and believed he’s improved defensively.

Green’s cameos as an analyst are overwhelmingly a joy. He’s going to significantly enrich basketball fan’s knowledge of the sport whenever he embraces that world full-time after his playing days are over, even more than he does already.

What’s the beef with cows and the climate crisis?