Ed Woodward has ‘huge regret’ and would rate himself ‘four out of ten’ for early Manchester United transfers, Old Trafford insider claims 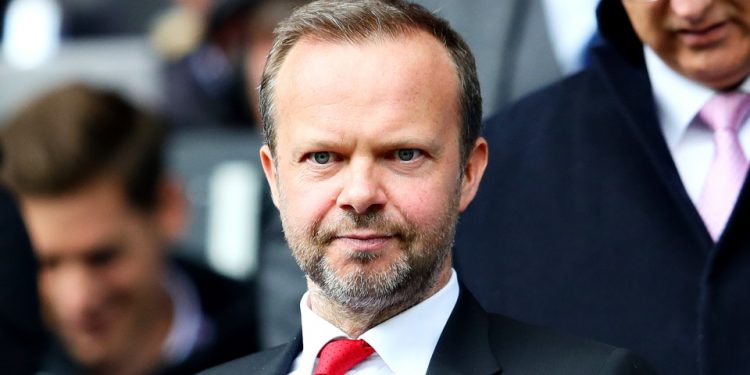 Richard Arnold is set to take over as United’s chief executive when Woodward officially leaves his post on February 1 after 16 years at the club.

Woodward, who is currently the executive vice-chairman, will attend board meetings until June to help ease the transition before cutting full ties with the club.

Arnold will become the first chief executive at United since 2013, when David Gill vacated the role at the same time as Sir Alex. Together, the duo had total control on the running of the club and managed transfer ins and outs.

It wa left to Woodward to assume these responsibilities after Ferguson and Gill left and a source from inside Old Trafford believes the former J.P Morgan and Co. investment banker would only rate himself ‘three or four out of ten’ for his early business.

The club failed to land the likes of Thiago and Cesc Fabregas in that first summer window of 2013 and Jim White exclusively revealed on talkSPORT there were serious grievances about the way the club was run at this time.

Richard Arnold is now the top executive at Old TraffordGETTY

“It is understood that Woodward looks back on the initial few years after Sir Alex Ferguson with ‘huge regret’,” Jim White disclosed on talkSPORT.

“When it comes to recruitment, they didn’t get it right. So much so, when they look at it they would give themselves a paltry ‘three or four’ out of ten in that area.

“Sources inside the club say that early period was ‘like dragging an anchor, making the same mistakes time and time again’.

“It is felt that they didn’t have the recruitment department set up to deliver recommendations to the manager.”

United are currently 22 points behind rivals Manchester City in the Premier League title race and haven’t seriously challenged for the title since Ferguson’s departure nearly nine years ago.

Ralf Rangnick is currently in interim charge until the end of the season, with Arnold’s first role seemingly to secure a permanent manager once the German leaves his temporary post in the summer.