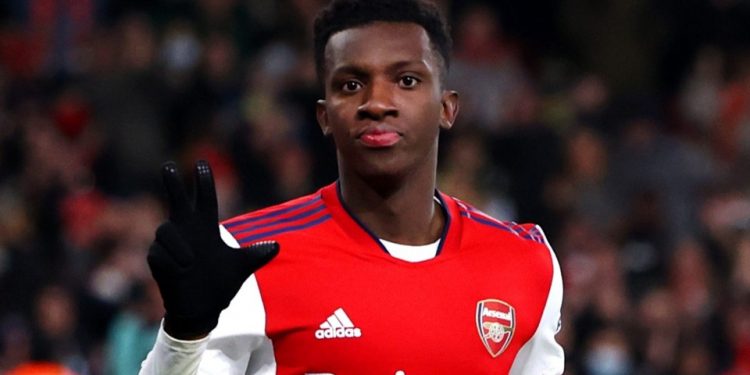 Nketiah is out of contract in the summer but current manager Mikel Arteta has insisted he will stay at the Emirates Stadium this season.

Vieira, talking ahead of Palace’s trip to Brighton on Friday, said: “I have nothing to say about him.

“He is an Arsenal player and his manager makes it clear he will stay at Arsenal. I have nothing to comment.”

Nketiah was reportedly close to joining the Eagles last summer but a deal could not be struck between the two London clubs.

The Hale End academy graduate has 24 goals in 92 appearances since making his debut for the Gunners in 2017.

Vieira played down talk of a move for the Arsenal strikerGetty

Crystal Palace will be without James Tomkins and James McArthur due to injury at Brighton.

First-choice goalkeeper Vicente Guaita sat out last weekend’s FA Cup win over Millwall but is expected to be fit enough to start at the Amex.

“The only two players who will miss the game tomorrow will be James Tomkins and Macca,” Vieira said, who is also without Cheikhou Kouyate, Jordan Ayew and Wilfried Zaha due to their African Cup of Nations commitments.