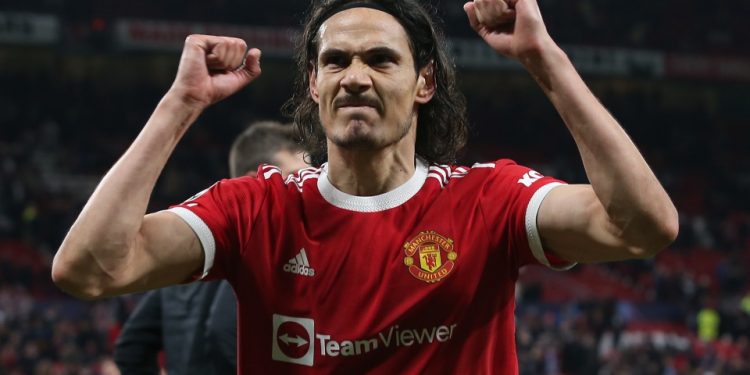 Manchester United forward Edinson Cavani has been told to sign for Barcelona if the opportunity presents itself.

Cavani enjoyed a fine first season at Old Trafford, scoring 17 goals as he helped the Red Devils to the Europa League final and second in the Premier League.

Cavani has started just twice for Man United this seasonGetty

It’s been a different story this term though with Cristiano Ronaldo‘s return to the club seeing Cavani’s game time get reduced.

The Uruguayan has been linked with a move to Barcelona and former Man United man Dimitar Berbatov believes Cavani should jump at the chance, adding that there will be a nice pay packet for the 34-year-old in the twilight years of his career.

Berbatov told Betfair: “Despite a good season last time out, Cavani hasn’t played enough. When someone like Ronaldo comes into the club, he takes all the spotlight, he plays every game and in the world of football this happens.

“It’s not a fair situation because Cavani did so well for the team last season, he earned a new deal but Ronaldo has taken his place in the team. It’s not fair but this happens in football.

“If there’s a chance for Cavani to leave the club, if there is an offer from Barcelona, then of course he will be thinking about taking it to get more football, and if he will get more game time in La Liga then I will support him and say ‘go there and play, it sounds like a great deal, great money and you’re not 24 anymore.’

“Barcelona need a striker, and it all depends on what Xavi wants from his team and how he is going to play but if they are short on power up front.

“I can see Cavani going there, not playing every single game, but he will be a solid addition and will provide goals because that’s what he does wherever he goes.

“Hopefully, Cavani will have the full details about Barca, how they train, how they prepare and what they expect from him and then he will make a decision.

“Whatever it is, Barca is Barca, and when they come asking for you of course it’s difficult to say no. With Cavani not playing at United it’s an easy decision.”