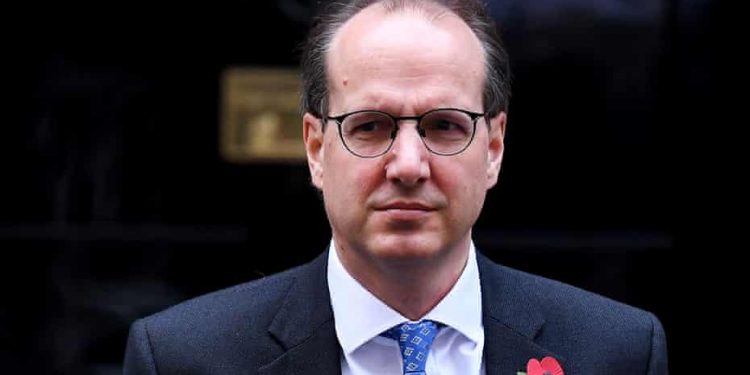 One of Boris Johnson’s top officials invited staff to “socially distanced drinks in the No 10 garden” during May of the first lockdown, a leaked email shows.

The email, from Martin Reynolds, the principal private secretary, invited just over 100 employees in No 10 at a time when social mixing was banned apart from with one other person from another household outdoors.

According to ITV News, it said: “Hi all, after what has been an incredibly busy period it would be nice to make the most of the lovely weather and have some socially distanced drinks in the No 10 garden this evening. Please join us from 6pm and bring your own booze!”

Johnson’s spokesperson declined to comment in light of a continuing inquiry into potential breaches of lockdown in Downing Street. No 10 did not deny this weekend that the prime minister and his wife attended the event on 20 May, which is said to have been organised with food and wine set out on tables.

The Guardian reported a “wine and pizza” party in Downing Street in the garden and inside No 10 on 15 May 2020, with staff drinking late into the evening after a press conference that day. After No 10 insisted staff were working, the Guardian obtained a photograph of the prime minister and his wife sitting with officials at a table with wine and cheese, with 15 other staff in the background and bottles of wine visible.

These events come alongside reports of at least five other potential gatherings in Downing Street and Whitehall in December 2020, including a Christmas party, leaving do, quiz, No 11 flat party and drinks at the Department for Education.

Downing Street is now facing calls to ensure that Johnson himself will be personally interviewed by the Sue Gray inquiry about alleged No 10 gatherings during the first lockdown.

Responding to the leaked email, Angela Rayner, Labour’s deputy leader, said: “Boris Johnson has consistently shown that he has no regard for the rules he puts in place for the rest of us.

“He is trying to get officials to take the fall for his own mistakes, but he sets the tone for the way Downing Street and the rest of government operates.

“At the time this party took place, key workers on the frontline were working round the clock to keep us all safe, people suffered loneliness and loss in unimaginably tough circumstances. Labour has welcomed Sue Gray’s inquiry, but we need confirmation that this latest revelation, and any other parties not yet revealed by press investigations, will be covered by her probe.”

European consumers prefer cashless payments, but are reluctant to provide personal data that would stimulate the development of online services