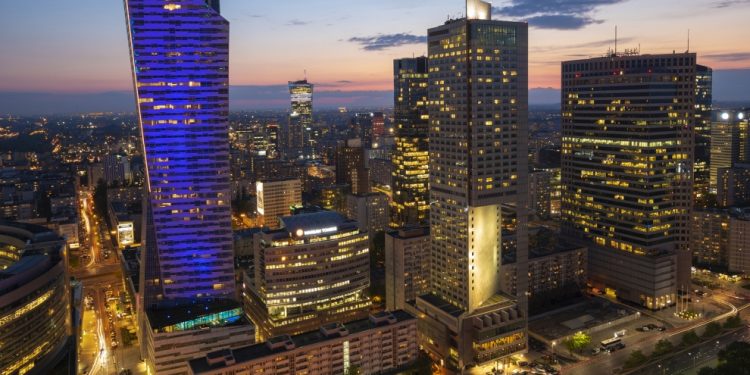 The latest CMS Emerging Europe M&A report, published in cooperation with EMIS, shows that the UK was the largest foreign investor in emerging Europe by value (9.77 billion euros), and the USA by volume (89 deals), in 2018.

Helen Rodwell, partner in the CEE Corporate Practice, CMS, said: “M&A activity has been surprisingly buoyant. Markets have reached a size and level of sophistication that makes them more aligned to western European expectations and standards and that is reflected in interest from international investors including private equity funds and corporates.”

Strong economic growth across emerging Europe combined with a stable international economy for most of the year created a conducive environment for deal making in 2018. While overall deal numbers were slightly lower than 2017 (down 0.9 per cent), a handful of megadeals such as Vodafone’s 6.07 billion-euro purchase of Liberty Global’s CEE operations, pushed values to 80.5 billion euros, the second highest level in the past five years.

“There is a lot of potential for growth and development in the Balkans which is why it is attracting interest from international investors. The challenge for them is the availability of the right targets,” said Radivoje Petrikić, partner, CEE Corporate Practice, CMS.

Stefan Stoyanov, global head of M&A Database, EMIS, added: “Once the uncertainty around Brexit is resolved, there could be some uptick in M&A as investment plans put on hold are likely to resume. Free capital at PE and pension funds will not sit idle for long and although the general feeling is that the region might be turning a bit more volatile than before, the challenges will surely also create opportunities for those quick to adapt and with deep pockets.”

Excluding Russia (which CMS includes in its report), Poland was the most active country in the region, with 323 deals in 2018. Almost a quarter of those were in the real estate and construction sector, with Poland claiming seven of the 20 biggest property deals in the region including the Wars Sawa Junior shopping centre, bought by Atrium European Real Estate of Austria for 301.5 million euros. Despite a cooling down from the boom years, Romania remains one of the fastest growing economies according to recent IMF data. It experienced a significant rise in M&A deal value (73 per cent) in 2018, thanks to a surge in telecoms sector activity, as did Hungary which saw a 70.5 per cent rise in deal value. This is despite deal volumes dipping in both countries in 2018.

Elsewhere, Serbia, Slovakia and Slovenia were seen as the region’s rising stars, enjoying strong growth and a busy period for M&A. Notably, Serbia saw deal numbers and values jump to record highs, claiming such deals as the sale of a stake in RTB mining to Zijn of China for one billion euros and the privatisation of Nikola Tesla airport.