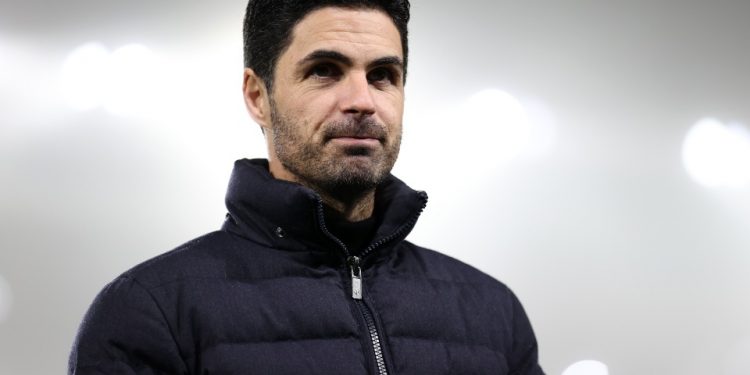 Arsenal have bounced back superbly from their 2-1 defeat to Everton at the start of December – but tougher tests are now on the horizon.

On New Year’s Day, live on talkSPORT, the Gunners will start an epic run of five games in 16 games against Manchester City, the current Premier League leaders.

It was set to be a classic ‘master vs apprentice’ clash with manager Mikel Arteta facing the man he used to assist at the Etihad Stadium, Pep Guardiola.

Arteta, though, has contracted COVID-19 so will have to watch in isolation as his Gunners battle a side they have a truly woeful record against.

Arsenal have lost nine consecutive games against City and their last Premier League victory came way back in December 2015.

To give you an idea of how long ago that was, Per Mertesacker, Joel Campbell, and Nacho Monreal were starting at the Emirates and Wilfred Bony came off the bench for Man City, as Theo Walcott and Olivier Giroud gave the hosts a 2-1 win.

Arsenal need a win, despite recent comfortable triumphs over Norwich and Leeds, as they battle for a place in the top four.

Their form against those outisde the top four this campaign has been fine, bar the opening day loss to Brentford and the shock loss to the Toffees.

But when it comes to the big boys, they are struggling.

And while Arteta’s Arsenal do look improved this season, they weren’t suffering this issue last term where they only suffered four losses to the top four in total.

Putting up a tremendous display on the first day of 2022 is exactly what’s needed to prove they aren’t just flat-track bullies right now.

But what is the right line-up to ensure they can do that? talkSPORT.com takes a look.

Pierre-Emerick Aubameyang is set to be out again as his punishment for disciplinary issues continue.

Takehiro Tomiyasu, Cedric Soares, and Callum Chambers all missed the Norwich win due to COVID-19 and will be assessed.

Tomiyasu has starred since his arrivalGetty

How Arsenal should look against Man City

Against the Canaries in a 5-0 win, Ben White was used at right-back in the absence of Tomiyasu and Cedric. City, though, are a different proposition.

In this case, if the right-backs are still out, Nuno Tavares is likely to be a better replacement at right-back, allowing White to resume his excellent partnership with Gabriel.

Thomas Partey and Granit Xhaka is the obvious midfield partership but there might be a temptation to make a change in attacking midfield.

White should return to his centre-back roleArsenal FC

Emile Smith Rowe should return to the team but rather than coming in for Gabriel Martinelli, it may be interesting to see the Gunners use the Brazilian as a central forward instead of Alexandre Lacazette.

Martinelli managed three goals and an assist in the three games prior to facing Norwich and then added two more goal creating actions, showing he’s playing a role if he isn’t scoring or assisting.

Arsenal might lose a target aerially but they would add extra pace and guile, which might not be a bad plan against City.

New report suggests democracy in Poland is at risk