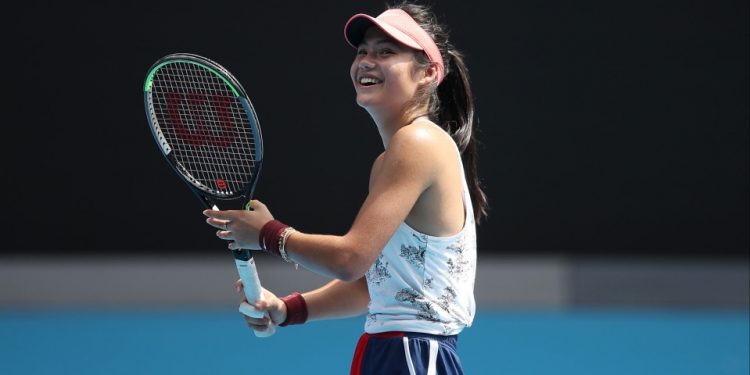 Emma Raducanu has withdrawn from the first WTA event of 2022 as she continues to recover from coronavirus.

Raducanu tested positive for COVID-19 just before Christmas and that has hampered her preparations for the Australian Open.

Raducanu is continuing her recovery from COVID-19Getty

The 19-year-old was due to play at the Melbourne Summer Set, a warm-up event for the Grand Slam event in Australia, but it has come too soon after COVID.

She will instead solely compete in the Sydney Classic before making her Australian Open debut.

Raducanu said: “The timing to compete in the first Melbourne event this week is too soon for me, having just returned from isolation.”

The Bromley teenager burst onto the scene in 2021 in stunning style.

She remarkably won the US Open in September, becoming the first qualifier to ever win a Grand Slam and the first British woman in 44 years to win a major title.

It has been a whirlwind few months for her with many endorsement deals and awards coming her way.

She was named BBC Sports Personality of the Year while in isolation in December, while she was also made an MBE in the New Year Honours List.

Raducanu is currently ranked 19th in the world and it will be the first time she will play at a Grand Slam without needing a wildcard or qualification.

The Australian Open starts on January 17 in Melbourne.

Romania’s attack on the rule of law is personal, not ideological. The consequences are the same