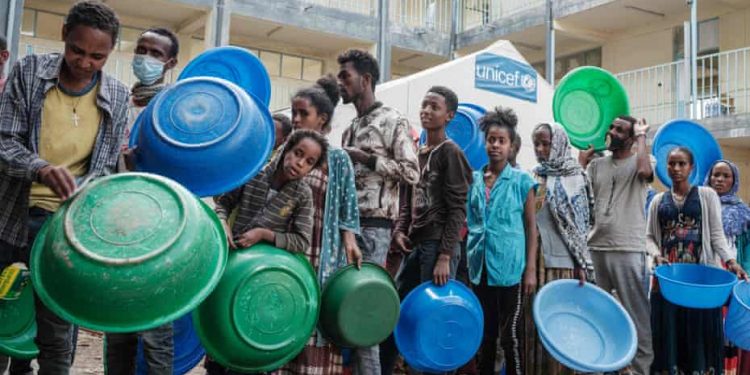 Ethiopia’s government has declared an immediate truce with rebellious Tigrayan forces to allow aid into the war-ravaged northern province.

A spokesperson for the Tigrayan forces did not respond to a request for comment on the announcement on Thursday, which follows a visit by the US special envoy for the Horn of Africa, David Satterfield, to the Ethiopian capital, Addis Ababa, this week.

More than 90% of 5.5 million Tigrayans need food aid, according to the United Nations, but only a tiny trickle has entered since Ethiopian troops withdrew from Tigray at the end of June last year. The 16-month-old conflict has pitted Tigray’s rulers – the Tigray People’s Liberation Front – against the central government led by the prime minister, Abiy Ahmed.

“The government of Ethiopia hopes that this truce will substantially improve the humanitarian situation on the ground and pave the way for the resolution of the conflict in northern Ethiopia without further bloodshed,” the government said in a statement.

Tigrayan leaders have blamed central and regional authorities for blocking aid into Tigray. The central government has said Tigrayan fighters have blocked the aid because they have invaded a neighbouring region along the only land route currently open into Tigray.

‘They could be the visionaries of our world’: do ‘overemotional’ people hold the key to happiness?