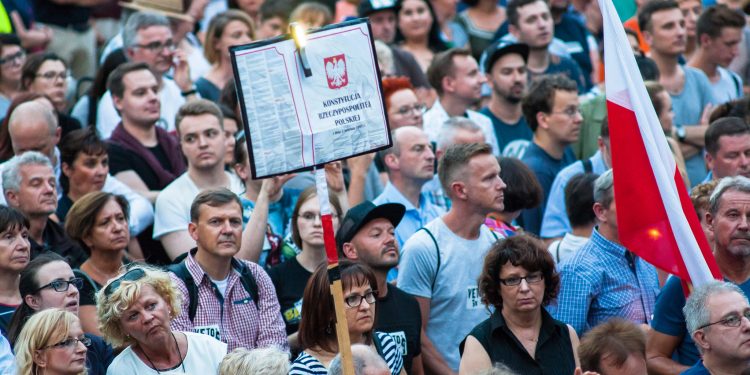 Poland is now closer than ever to having to face the European Court of Justice over its controversial law forcing Supreme Court judges to early retirement. On August 14 the European Commission announced that it has sent a ‘reasoned opinion’ to Poland, giving Warsaw one month to comply or risk being hauled before the EU’s top court.

“Over a period of two years, the Polish authorities have adopted more than 13 laws affecting the entire structure of the justice system in Poland, impacting the Constitutional Tribunal, Supreme Court, ordinary courts, National Council for the Judiciary, prosecution service and National School of Judiciary,” reads the Commission’s statement. “The common pattern is that the executive and legislative branches have been systematically enabled to politically interfere in the composition, powers, administration and functioning of the judicial branch.”

The European Commission said that after carrying out a “thorough analysis” of Warsaw’s response, it had now decided to begin the second step of legal action against Poland.

“The response of the Polish authorities does not alleviate the Commission’s legal concerns,” announce the EC, adding “the European Commission maintains its position that the Polish law on the Supreme Court is incompatible with EU law as it undermines the principle of judicial independence, including the irremovability of judges.”

Poland could face huge fines if the EU’s top court rules against it.

The controversial retirement law came into effect last month and lowers the pension age of judges from 70 to 65.

The law has an impact on 27 of the Supreme Court’s sitting 73 judges including chief justice Małgorzata Gersdorf, who has refused to step down, claiming that the is little less than a “purge” that breaches her constitutionally-guaranteed six-year term, which does not end until 2020.

In December last year the European Union triggered Article 7 proceedings against Poland over what it called “systemic threats” to the rule of law. This could eventually lead to Warsaw’s EU voting rights being suspended.

In response, the Polish government has accused the EU of acting “politically” and vowed to fight any court case.