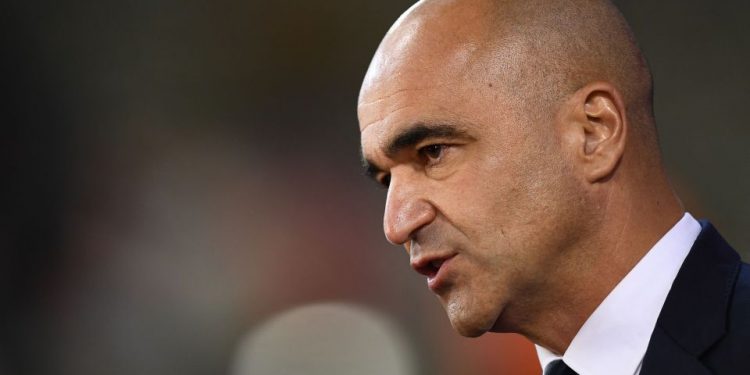 The Toffees had targeted their former boss to replace Rafa Benitez, who was sacked on Sunday.

But it appears as though they may well have to look elsewhere with Martinez eager to lead Belgium at the World Cup in Qatar at the end of the year.

The 48-year-old has been in charge of the national team for the past five-and-a-half-years.

Belgium are ranked the number one nation in the world and will go into the tournament as one of the leading contenders.

There have been suggestions that Everton were eager for Martinez to combine both roles until the end of the season, but that holds no appeal for the Belgian FA.

Martinez was the leading candidate among the Everton hierarchy to succeed Benitez, despite being sacked in 2016 after three years in the Goodison Park hotseat.

Everton are now looking at ‘plan B’ and will draw up a shortlist of new names, with reports Wayne Rooney and Frank Lampard could be among the contenders.

Duncan Ferguson, who has been on the coaching staff since being promoted by Martinez in 2014 and having survived the cull of six managers since, is likely to remain in caretaker charge in the short term.

The club, meanwhile, have continued the clear-out following Benitez’s departure with the former Liverpool manager’s backroom team all having their contracts terminated.

Brighton’s Graham Potter, who has been on the last two shortlists, has ruled himself out of the running, saying he believes he is at “one of the best-run football clubs in the Premier League, with a fantastic owner, chairman, CEO, sports director”.

That Everton cannot boast the same credentials is a damning indictment on a club which has seen Farhad Moshiri invest over £500million since he took over in 2016.

The billionaire chose Benitez in the summer when others within the club were counselling against appointing a former Liverpool boss.

Benitez was axed by Everton after just 200 days in chargeGetty

Since then director of football Marcel Brands – the man who would have been tasked with finding a replacement – has been dispensed with along with the club’s head of medical science Danny Donachie as they were at odds with the new manager’s opinion of the direction of the club.

It has left Everton, currently undergoing a strategic review, with an internal structure which does not lend itself to properly deal with the task of appointing a new manager.

That is likely to mean Moshiri and chairman Bill Kenwright, who have been at odds over managerial appointments in the past, are again going to be handling the process.