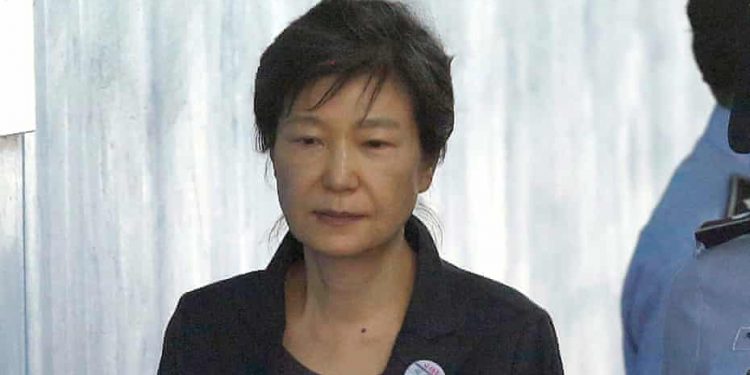 South Korea’s disgraced former president Park Geun-hye has been pardoned by her successor, Moon Jae-in, in a special amnesty that could influence voters in a presidential election that is just three months away.

Park has been serving a 22-year sentence following her impeachment in 2017 and conviction for corruption and abuse of power, after a scandal that exposed webs of double-dealing between political leaders and conglomerates.

She has since been hospitalised three times with chronic shoulder and back pain and has undergone surgery once, the Yonhap news agency said, citing her poor health as a possible factor in Moon’s decision.

“I understand that ex-president Park is included on a list of people who are to be granted pardons,” an unnamed official told the Yonhap news agency. Reports said Park would be freed on New Year’s Eve.

Her freedom could have a bearing on the 9 March presidential election, given her influence among conservative voters who are expected to back the candidate for the conservative People Power party.

Moon, who can only serve a single term as president due to term limits, lost to Park in the race for the presidential Blue House in 2012. He has not commented publicly on the pardon for his erstwhile nemesis.

Park, the daughter of former South Korean dictator Park Chung-hee, is the country’s first female president, and its first democratically elected leader to be thrown out of office after the constitutional court upheld a parliament vote to impeach her in 2017.

She was brought down after being found guilty of colluding with a longtime friend, Choi Soon-sil, to secure tens of millions of dollars of funding from Samsung and other major South Korean companies, and allowing her to influence policy. The money went to foundations run by Choi.

The revelations provoked a wave of anger across the country, sending Park’s approval rating to a record low of 4%.

MPs belonging to Moon’s ruling Democratic party had floated the idea of pardoning Park and another ex-president, Lee Myung-bak, in the name of national unity.

L’Oréal announces the creation of its program L’Oréal for the future: EUR150 million to support vulnerable women and protect the environment

Poland backtracks on law forcing judges to retire at 65