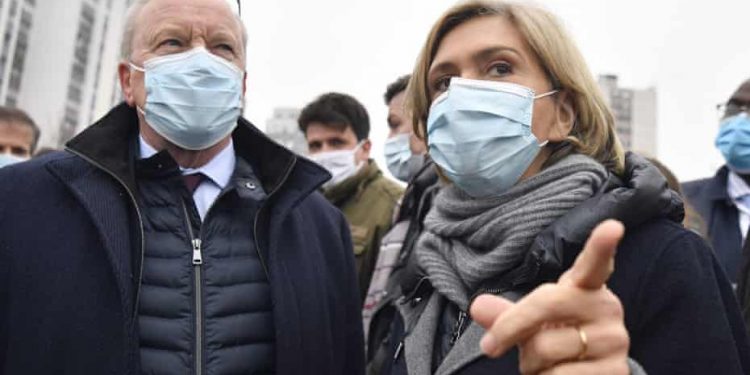 One of the world’s leading makers of pressure washers and steam cleaners has formally asked French politicians not to use its name to score political points.

Kärcher, a German family-owned company, issued a statement on Tuesday objecting to rightwing presidential candidate Valérie Pécresse taking its brand in vain. It is the latest of several similar complaints it has issued in recent years.

Last week, Pécresse, the candidate for the mainstream opposition conservative party Les Républicains (LR), said it was time to “get the Kärcher out of the cellar again” to sweep drug dealers and criminals out from the country’s city suburbs. She repeated the comment to French radio, television and newspapers.

Pécresse was echoing her predecessor Nicolas Sarkozy who caused a stir in 2005 when, as the Interior Minister, he said he planned to use the company’s pressure cleaner to wash the louts out of the Paris banlieues.

Sarkozy had visited La Courneuve after the death of an 11-year-old boy who was killed in front of an apartment block when he was caught in the crossfire of a battle between two gangs. Le Monde reported he said he would “nettoyer au Kärcher” (clean with a Kärcher) the district of 4,000 in a private meeting with the victim’s family. This was not captured on film, but 10 days later he justified what he had said. “The term ‘to clean with a Kärcher’ is the right term because we have to clean up,” he told local youngsters.

Contrary to the received wisdom that there is no such thing as bad publicity, Kärcher’s French division said Pécresse’s comments were “misplaced”, “inappropriate” and damaging to the brand.

“Kärcher asks political figures and the media to immediately cease all use of its name in the political sphere. This is damaging to the brand and to the values of the company,” it said in a statement.

It added that contrary to being good publicity, it was “harmful because it associates Kärcher products with violence and insecurity”.

The company said it is “dedicated to cleaning” and noted it had just begun cleaning the Luxor Obelisk at Place de la Concorde – the oldest monument in Paris – in partnership with the ministry of culture.

The Germany company has repeatedly asked French politicians to stop taking its name in vain. In 2016 it sent a recorded delivery letter to all 19 presidential candidates asking them not to do so and sent a reminder last August.

Pécresse is under pressure after it was reported that the ultra-right candidate Éric Zemmour is having difficulty collecting the 500 signatures from mayors and other elected officials needed to support his presidential candidature. Polls suggest Pécresse stands more change of getting into the run-off of the two-part election in April if the far-right vote is split between Zemmour and the Rassemblement Nationale’s Marine Le Pen.

Another blow for the LR candidate was the defection of the party’s former number two, Guillaume Peltier, to Zemmour’s team. Peltier said he had “no confidence” in Pécresse.

The latest opinion poll suggests support for Macron, who has yet to declare his candidature, remains stable at about 25%, with Le Pen behind at 17%, followed by Pécresse at 16% and Zemmour at 12%. The Socialist Party candidate Anne Hidalgo is trailing with 4%.

‘I’ll try to get across’: people camped out in Dunkirk still hope to reach UK