Germany buoyed by data from abroad amid Omicron spread 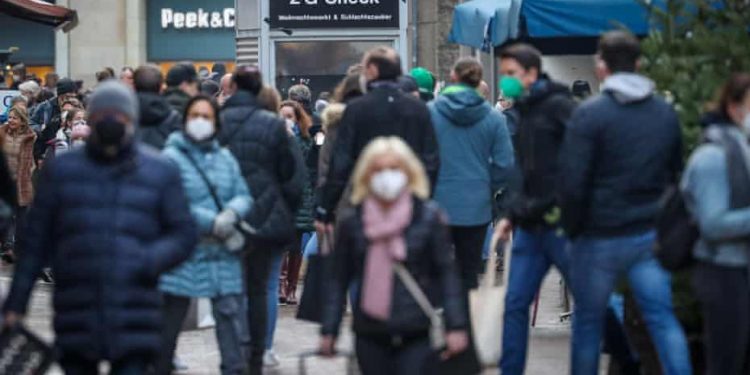 Germany’s leading coronavirus expert has expressed optimism that his country could expect a “relatively normal” winter in 2022, after data from other countries firmed up the impression that infections with the Omicron variant of Covid-19 could be milder than Delta.

Christian Drosten, who heads up the institute of virology at Berlin’s Charité hospital, told public broadcaster ZDF that Omicron had the potential to take the pandemic into an “endemic situation”, where the virus that has brought the world to a standstill could be more comparable to a common cold or flu virus.

“Of course, it is a good situation if you have a virus that no longer makes you ill but transmits easily so that it can seek out and find all of the immunity gaps among the population and still trigger regular updates in immunity,” Drosten said.

Nonetheless, the coronavirus expert said he expected indoor mask-wearing mandates and an updated top-up dose of a vaccine to be necessary to protect vulnerable people over the course of the coming year.

Germany was at a particular disadvantage because it had a higher percentage than other European countries of people who had neither attained immunity through vaccination or infection with the virus, Drosten said. “We have too many unvaccinated people in Germany, especially over 60. And those are of course seriously at risk.”

In his first new year’s address, the German chancellor, Olaf Scholz, will urge those citizens who have sat out the vaccination drive so far to change their minds and take the jab.

“It’s clear to all of us: the pandemic is not over”, Scholz said in a pre-released transcript of a speech that will be televised on Friday evening. “I appeal to all of you: let yourself be vaccinated.”

As of Friday, 71.2% of Germany is considered fully vaccinated, the lowest vaccination rate in western Europe other than that of the UK and Switzerland.

After days of sinking infection rates, Germany’s disease control agency reported an increased seven-day incidence for every 100,000 people of 214.9, with 41,270 new infections and 323 deaths reported in the last 24 hours. A reduction in testing over the festive period means the real number of cases could be higher.

The number of confirmed Omicron cases in Germany has been rising rapidly, though slightly more slowly than in countries that have recorded a doubling of cases every two to three days.

Omicron is especially widespread in Germany’s northernmost states and city-states, which is likely to be as a reult of their proximity to Denmark and the Netherlands. In the city of Bremen, the infectious variant was already the dominant type of the virus in the week 20-26 December, making up 64.7% of total Covid cases.

As a result of Omicron’s spread, Germanywas expected to ease travel restrictions from countries hit especially hard by the variant, and it was reported on Thursday that South Africa and the UK are to be taken off the Robert Koch Institute’s red list as of 4 January, meaning travellers coming from those countries would no longer be required to enter a two-week quarantine.