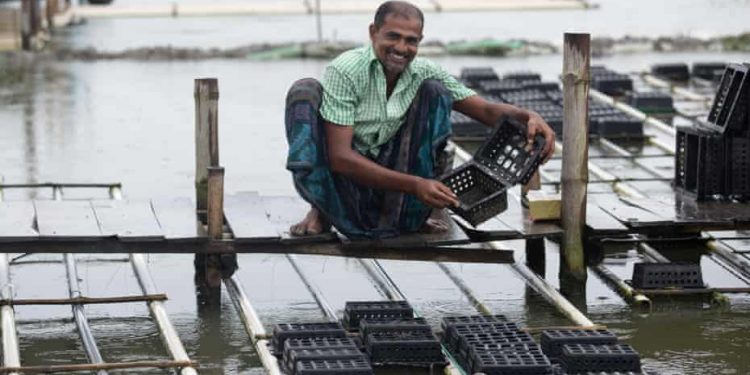 An incredible £500,000 has been raised for climate justice good causes by generous Guardian and Observer readers, in the space of just over a fortnight since the launch of the 2021 charity appeal.

Nearly 6,000 people have so far donated to the appeal, which will be shared between four charities: Practical Action, Global Greengrants Fund UK, Royal Botanic Gardens Kew, and Environmental Justice Foundation.

The theme this year is climate justice, inspired by stories of people and communities uprooted by climate volatility, whether flooding, wildfire, melting ice or drought, and supporting charities working with those most affected by environmental loss.

“On behalf of all Practical Action’s staff and the communities we work with, I’d like to say a huge thank you to Guardian and Observer readers for their support,” said Sarah Roberts, chief executive of Practical Action. “The money will help the world’s most vulnerable people living at the sharp end of the climate crisis gain vital new skills to adapt their lives to their new environmental reality.”

Dr Paul Wilkin, head of ecosystem stewardship at the Royal Botanic Gardens, Kew, also paid tribute to readers: “We are blown away by people’s generosity for this year’s appeal. We know that our planet is under immense strain from biodiversity loss and climate change so these funds will help us to hit the accelerator on our work in Madagascar and for that we are incredibly grateful,”

Introducing the appeal earlier this month the Guardian’s editor-in-chief, Katharine Viner, wrote: “The stark truth is that the world’s developing countries have seen the vast majority of the death and destruction caused by climate-induced disasters, and yet they are responsible for a tiny fraction of global emissions.”

She added: “The richest countries pollute most but it is in the poorest where climate change is most harshly felt, through extreme poverty, food and water insecurity and the displacement of millions of people from their homes.”

The appeal continues until early January.