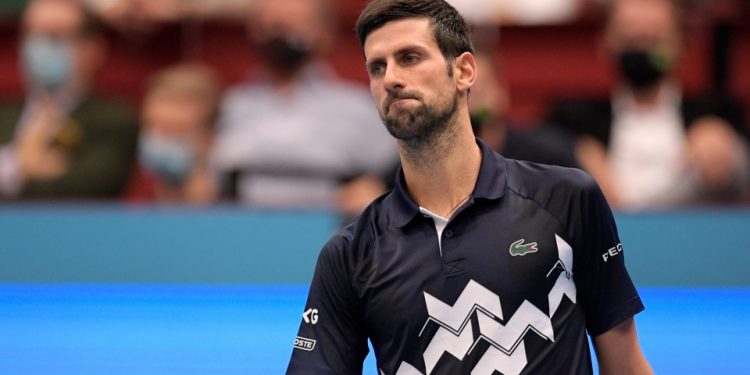 Novak Djokovic was held in a Australian hotel that ‘served maggots’ to visitors in what was effectively a housing facility for asylum seekers.

The 20-time tennis grand slam champion has hit the headlines in extraordinary circumstances in recent days.

There was a huge backlash after he revealed he was seemingly allowed to travel to the country with a medical exemption from COVID-19 vaccination rules to compete in the Australian Open.

That, however, was not sufficient for border officials with regard to entry into a country that has strict requirements.

Djokovic was then held for several hours at the airport after flying to Melbourne before ultimately being turned away and was then later escorted to a hotel, which wouldn’t have quite lived up to the five-star lifestyle he’s accustomed to.

The 34-year-old was taken to the Park Hotel in Carlton – used as a quarantine facility – as authorities looked to organise a flight out of the country for him.

This is a picture of the Park Hotel in Carlton, where fire ambulances were called to in early DecemberMargaret Sinclair – Twitter

This was the food served at the hotel, with Maggots on the side dish clearly visibleFacebook -Mehdi Ali

Last year, the establishment, which has held government detainees since December 2020, hit the headlines for some disturbing reasons.

Asylum seekers awaiting visas to stay in Australia shared pictures of food with maggots and mouldy pieces of bread, allegedly served to those in the detention there.

As reported by Reuters, there has also been incidents of COVID-19 cases at the hotel, a fire at the establishment in December, while several protests have taken place outside of the building in support of the detainees held there.

The detainee centre, based in Carlton, has hit the headlines for the wrong reasons in Australia

The accommodation is a far cry from the lavish accomodation the Serb stayed in where he last visited the country.

Djokovic, who won the tournament, was one of a handful of tennis players who stayed in a lavish hotel complex, but most were forced to quarantine with tournament officials due to the tight restrictions in the country.

There have been suggestions Djokovic will appeal his deportation from the country but, in a strongly-worded statement, the ABF made clear its position.

The statement read: “The Australian Border Force will continue to ensure that those who arrive at our border comply with our laws and entry requirements.

“The ABF can confirm that Mr Djokovic failed to provide appropriate evidence to meet the entry requirements to Australia, and his visa has been subsequently cancelled.

“Non-citizens who do not hold a valid visa on entry or who have had their visa cancelled will be detained and removed from Australia.

“The ABF can confirm Mr Djokovic had access to his phone.”

Poland’s Business Experience Makes it a Good Neighbour to Ukraine

5 Things You Need To Know Before Trading CFDs