How long will Liverpool be without Mo Salah and Sadio Mane for Africa Cup of Nations? How many Reds games could the pair miss on international duty with Egypt and Senegal 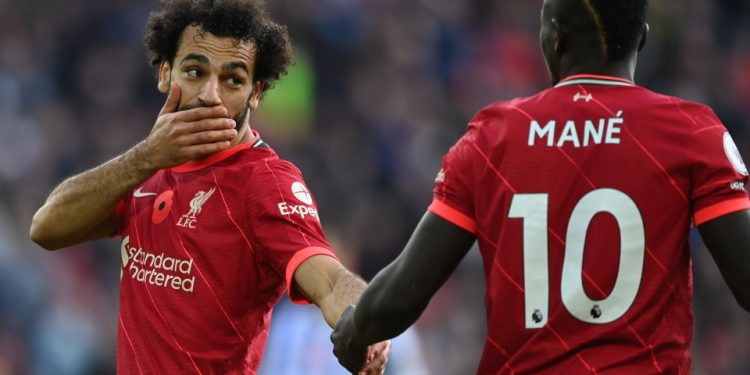 Mohamed Salah and Sadio Mane both underlined their importance to Liverpool by each scoring in the club’s 2-2 draw with Chelsea on Sunday.

The Reds superstars will now be unavailable to Jurgen Klopp for the rest of the month after linking up with Egypt and Senegal respectively ahead of the Africa Cup of Nations.

Salah and Mane will be as influential for their countries’ hopes as they have been for Liverpool’s trophy aspirations this season.

So how long will the two star marksmen and teammate Naby Keita be away from Anfield? talkSPORT.com has all the details…

The 33rd edition of the Africa Cup of Nations is scheduled to take place in Cameroon from Sunday, January 9 to Sunday, February 6.

The opening and closing matches of the competition are set to be played at the new 60,000-seat Olembe Stadium in Yaounde.

Riyad Mahrez’s Algeria are AFCON’s defending champions, having won back in 2019 after beating Mane’s Senegal 1-0 in the final.

How many games will Salah and Mane miss for Liverpool?

Salah and Mane could miss out on up to seven games for the Reds in all competitions if their respective countries make it all the way to the final.

Keita’s Guinea are not favourites to go far in the tournament and the midfielder could be back to face Crystal Palace if his side are eliminated in the group-stage.

Senegal made it to the final last time and should they do so again, then Mane would miss both semi-final legs against Arsenal in the Carabao Cup.

The winger would also be absent for the Premier League games against Palace and Leicester and a trip to Burnley could be in doubt if he wins AFCON and is afforded a break after the competition ends.

What has been said?

Liverpool assistant coach Pep Lijnders is positive the Reds have the firepower in attack to offset the loss of Mane and Salah.

“You can try to plan it but you can never prepare it,” Lijnders said following the 2-2 draw with Chelsea.

“It is not a worry because we have faith in the boys we have and a few boys are coming back as well.

“I just told the boys Naby, Mo and Sadio that they should try to win the AFCON because it is a prize to catch and the careers are never long and they deserve to fight for each prize.

“This prize now comes in front of them – it’s a tournament with so much passion, so much culture and it is a really proud situation if you can play for your country, if it’s England or Germany or Holland or whoever and that’s what they have and feel.

“So they are African legends, they are legends for me, but if they win it they will probably be even bigger legends so they should try with all they have to win it.”

#ESS2020 | Marius Vaščega (European Commission): In a world of ever scarcer resources, waste should be seen as a resource

France and WHO: Working together for effective, united and inclusive global health governance