Iran nuclear deal: eighth round of talks begins in Vienna 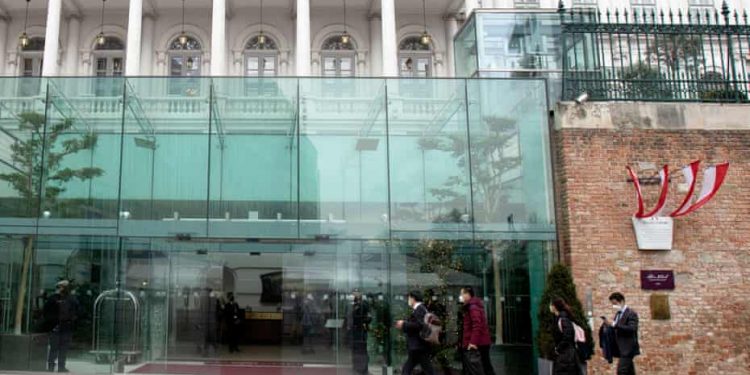 An eighth round of talks on reviving the Iran nuclear deal has begun in Vienna, with Iran saying participants have been largely working from an acceptable common draft text and that its team was willing to stay as long as it took to reach an agreement.

The Iranian foreign minister, Hossein Amir-Abdollahian, said he wanted the focus of the coming round of talks to be on how Tehran could verify US sanctions had genuinely been lifted. The landmark 2015 deal, from which Donald Trump withdrew the US, had lifted sanctions on Iran in return for controls on its civilian nuclear programme.

“We must reach a point where Iranian oil can be sold easily and without any restrictions so money for that oil can be transferred in foreign currency to Iran’s bank accounts,” Amir-Abdollahian said.

He said the negotiators were working from two joint draft texts. The first broadly covers the nature of all the sanctions related to the nuclear deal that the US must lift and the second is on the staging and details of the steps Iran must reverse to come back into compliance with the deal, such as reducing its nuclear stockpile and ending the use of advanced centrifuges.

In terms of the third paper on the verification of the lifting of sanctions, Iran has spoken in terms of a fixed volume of oil and industrial exports that must be completed before it need take reciprocal action by returning fully to its compliance with its side of the deal.

Iran is concerned western companies will be reluctant to invest in Iran because of fears that a future Republican US president could reimpose sanctions in 2025, putting their investments in jeopardy, just as happened in 2018 when Trump pulled out of the deal.

In a speech in February Iran’s supreme leader, Ayatollah Ali Khamenei, had insisted sanctions had to be lifted in practice, and not just on paper. A research paper from the Iranian parliament set out the number of barrels of oil to be exported per day, and the required value of transactions taking place in Iranian controlled banks in Europe.

Although the talks will be difficult, Iran seemed intent on injecting some optimism into a process that began in April.

In an important announcement the day before the eighth round, Iran’s atomic energy authority gave a public pledge that it would not seek to enrich uranium above 60%, a promise that came as a relief to Russian negotiators concerned that if Tehran pushed ahead to nuclear weapons-grade 90% enrichment, the European and American delegations would abandon the talks.

Western diplomats have been stressing they will not allow the talks to drag on much longer, possibly with early February as the final deadline. They point out the talks first started and were then paused for three months while a new Iranian government reviewed its negotiating position. Israel meanwhile claims Iran is procrastinating while its scientists take Iran secretly closer to a nuclear bomb. Western diplomats accept Iran is closer to breakout time than ever before, but this is not the same as being close to possessing a nuclear weapon.

Iran, China, Russia, France, Germany, the UK and the EU attended the talks, with a US delegation indirectly involved – a cumbersome procedure upon which Tehran has insisted even though it has delayed progress. Iran has been complaining in recent weeks that the European countries, especially France, have taken a position that is indistinguishable from the US.

The degree to which Iran needs western sanctions to be lifted to be able to produce a viable budget is contested within the country, as the leadership team around the new president, Ebrahim Raisi, claim they can avoid lifting costly subsidies on petrol and still produce a viable budget – a claim rejected by many Iranian economists.

Tottenham vs Arsenal betting offer: Get Spurs to win at 12/1 OR Arsenal at 15/1 with 888Sport new customer special