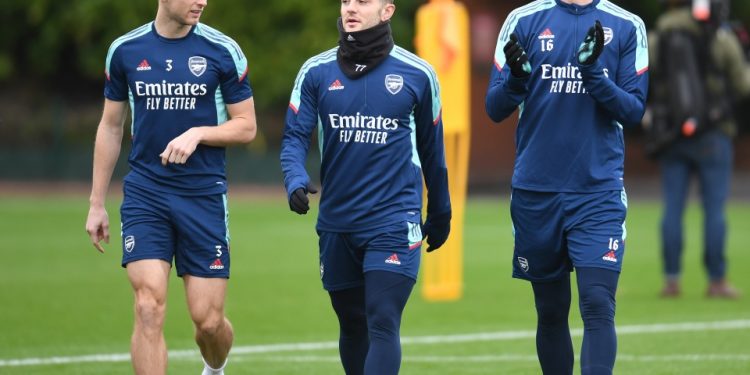 Jack Wilshere says January is a ‘big month’ in his career as he continues his search for a new club.

The midfielder has been training with former club Arsenal in the interim, earning praise from Gunners boss and former teammate Mikel Arteta, who says Wilshere is capable of playing in the Premier League.

Wilshere has been working on his fitness at his old clubGETTY

But the midfielder has been a free agent since his contract with Bournemouth ended in the summer and clubs will be looking for new faces in the January transfer window.

Wilshere, who turns 30 on New Year’s Day, suggested he may have some thinking about his future into the game if nothing materialises.

“It’s a big month for me,” Wilshere said on Drivetime. “I always said when I went back to Arsenal to train to get fit, it was for January.

“Now we’re at January, I’m 30 at the start of it and I’ll see where it takes me. I’m obviously looking for a team and see what comes up.

“If we go past January… how long can you be without a club and not playing week in, week out? Big month.”

Wilshere, who also used to play for West Ham, has recently been linked with Brazilian club Fortaleza but said a move to South America doesn’t particularly appeal to him.

Drivetime host Gordon Smart then saw the opportunity to see if Wilshere could sign for his beloved Hibernian, promising similar weather to north London, the best golf courses in the world and a good old Edinburgh night out!

That’s a transfer (and night out) we’d all love to see.