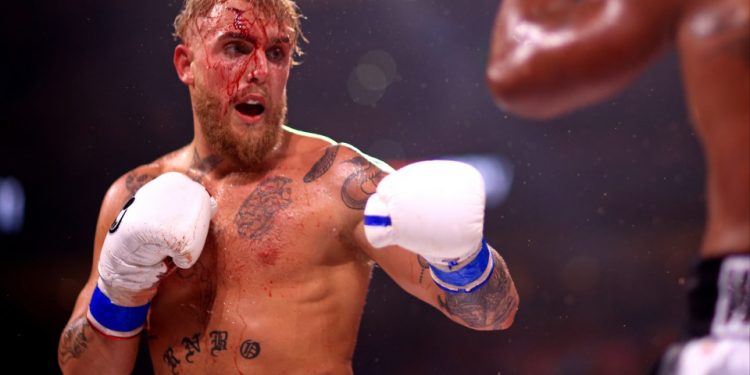 Jake Paul has called them all out at some point and reckons he makes more money than Conor McGregor and every other top UFC athlete combined.

Paul moved to 5-0 in his burgeoning pro boxing career with a stunning sixth-round knockout of Tyron Woodley in Florida this month.

Jake Paul is one of the most marketable fighters in the world right now, but how much does he really earn?Getty Images – Getty

The bout, which was shown live on Showtime Sports, is likely to have banked the YouTube star a hefty sum – even though his original opponent was supposed to be Tommy Fury.

Immediately after the fight, Paul called out the likes of UFC welterweight champion Kamaru Usman and Jorge Masvidal to fight, even though they are tied into the MMA promotion, telling them to urge ‘daddy’ Dana White – the president – to release them from their contracts.

And the 24-year-old has continued his verbal assault after the fight, insisting he makes more than every single employee on the UFC roster put together.

Speaking on his brother Logan’s podcast, he said: “I make more than every UFC fighter f****** combined, including Conor.

“I own my content, I own my platform, I own everything. They don’t own s***, they are literally employees.

‘The Notorious’ is still one of the biggest stars in sportGetty

Despite Paul’s suggestions, ‘The Notorious’ is one of the most bankable stars in the world of sport; fighting just once in 2020 and still emerging top of the Forbes list for the calendar year.

Indeed, McGregor reportedly earned close to £80million for his boxing bout with Floyd Mayweather in 2017, as well as earning more than £20m from his UFC career.

John Kavanagh has been with the 33-year-old since the beginning of his MMA career and insisted he had not heard any serious discussions about a fight between the pair, despite Paul’s insistence.

“He might talk to Audie [Attar] all the time, but no,” Kavanagh told the Mirror. “I heard something about Jake Paul being managed by an ex-UFC CFO [Chief Financial Officer].

“And I guess it’s interesting to hear some of the negotiation tactics by that big organisation being leaked through Jake Paul, so it’s kind of fun to follow that.

“But as for Conor vs Jake, I’ve honestly never once heard that, and I’ve heard some very crazy things, but that’s never been suggested.”