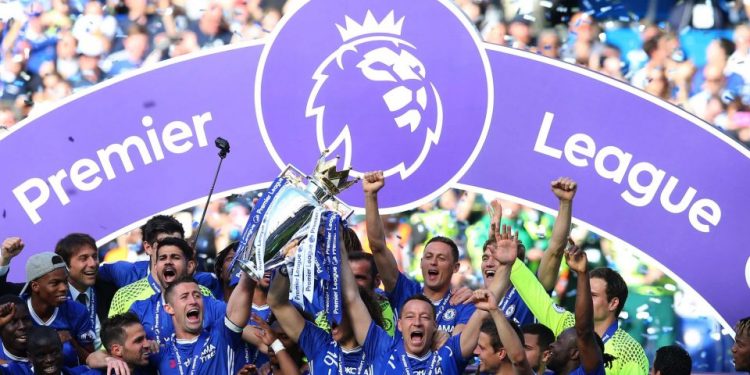 The Reds have transformed into one of the best teams in Europe since Klopp arrived at Anfield in 2015.

However, they’ve picked up just two pieces of silverware as they enter the seventh year of his spell in charge – the Champions League in 2019 and the Premier League title in 2020.

Chelsea have been England’s most successful club since Roman Abramovich took charge of the club in 2003, having won 21 trophies during his tenure.

The Blues’ last two trophies came when they defeated Man City in the final of the Champions League last summer, before they triumphed against Villarreal in the UEFA Super Cup prior to the start of this campaign.

Carragher reckons Liverpool haven’t got the rewards they deserve for the dominant team Klopp has assembled, and says his old club should form a model similar to their title rivals Chelsea in order to earn more silverware.

“His team have not won enough,” the Liverpool legend said in his column for the Daily Telegraph, which you can read in full here.

“Out of context, that sounds extremely unfair. A better way of putting it is that they have not won as much as their performances have deserved.

“Winning the biggest prize of all — the 2019 Champions League — and ending the 30-year wait to become English champions in 2020 secured Klopp’s legend. The subsequent Uefa Super Cup and Club World Cup victories made for a memorable 12 months.

“But if Klopp leaves Liverpool in 2024 without adding to them, there will be regret when considering all the other seasons where scintillating football went without silverware.

“If that proves the case, there would be no cause for recrimination. The reason will be obvious. The financial resources and strength in depth of Manchester City have been the most formidable obstacles.

“In terms of collecting multiple Premier League titles, Klopp may have built one of the finest Liverpool teams in the wrong era.”

Chelsea have been a dominant force in England this century

He added: “To put it simply, Liverpool need to become more like Chelsea.”

“What they have done so well during the Roman Abramovich era is to become serial trophy collectors: five FA Cups, three League Cups, two Europa League titles. That’s in addition to being Champions League winners twice.

“The ambition has not changed at Stamford Bridge since they were the side everyone else was trying to catch in the mid-2000s.

“Chelsea will go into every season intending to compete for the Premier League and Champions League. But they have proven adept at lowering their sights to ensure different eras have maximum reward for the football produced.

“That is an area where Liverpool can and must improve. Since winning the FA Cup in 2006, Liverpool have won only one domestic cup competition: the 2012 League Cup. That’s a poor return for a club of such stature.”

Liverpool were worthy winners of the Champions League and Premier League, but it’s their shortcomings in the other cup competitions that has seen them collect significantly less trophies than their rivals.

The Reds’ last FA Cup success came in 2006 and they picked up the League Cup – now the Carabao Cup – six years later.

Klopp’s men, however, are still in the hunt for all four club trophies this season.

They face Arsenal in the first leg of the Carabao Cup semi-final next Thursday – and you can follow all the action live on talkSPORT.